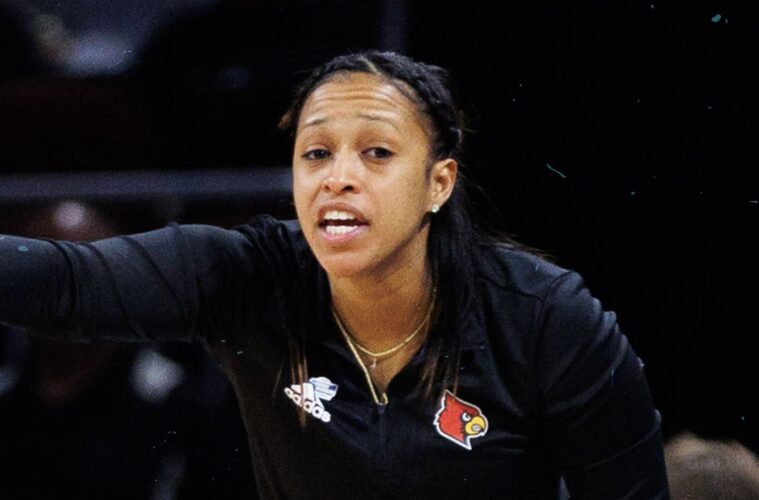 LOUISVILLE, Ky. – University of Louisville women’s basketball head coach Jeff Walz announced on Thursday that Jonneshia Pineda, who is entering her fourth season on the Louisville staff, has been promoted to associate coach.

Over the past three seasons, Pineda has helped lead the Cardinals to an 83-13 record, two Atlantic Coast Conference regular season championships, two trips to the Elite Eight and the 2022 Final Four.

“I am pleased to announce that Jonneshia Pineda has been promoted from Assistant Coach to Associate Coach,” said Walz. “JP has been very impactful in many areas of our program and deserves to be rewarded for her efforts. I’m excited for her continued growth and she will be a big part of our successes going forward.”

Pineda helped Louisville to a 29-5 record and a trip to the program’s fourth ever Final Four in 2021-22. UofL went 10-4 against AP Top 25 teams, which is the most AP Top 25 wins in program history. Their 16-2 mark in ACC play ties the most wins ever in conference play and they finished 16-0 at home marking the first time they have went undefeated at the KFC Yum! Center.

In 2020-21, she helped lead the Cardinals to a 26-4 record and their fourth straight ACC regular season title. The Cardinals reached No. 1 in the Associated Press and USA Today polls following a 16-0 start, which marked the first time in program history being ranked No. 1 in the country. Louisville advanced to the Elite Eight for the third consecutive season.

Following the 2019-20 season, she was named to the Women’s Basketball Coaches Association (WBCA) 30-Under-30 list. The 30-Under-30 list recognizes 30 women’s basketball coaches across the country that are under the age of 30.

Prior to joining the staff at Louisville, Pineda spent six seasons at Georgia Tech, serving the final two seasons as an assistant coach. In her six seasons, she helped lead the Yellow Jackets to five 20-win seasons, one NCAA Tournament appearance, four appearances in the WNIT, including a trip to the 2017 WNIT championship.

In 2017-18, her first season as an assistant coach, she helped lead Georgia Tech to a 20-14 record and an appearance in the WNIT quarterfinals. She also assisted in recruiting the 2018 signing class which ranked No. 10 in the nation.

Prior to being promoted to assistant coach, Pineda spent the 2013-14 season as video coordinator intern at Georgia Tech. That season, the Yellow Jackets went 21-12 and played in the NCAA Tournament.

In 2014-15, she served as an assistant coach with the FBC Southeast Elite basketball program, where she helped develop some of the best players in the country.

She played basketball, while earning a bachelor’s degree in business with a concentration in marketing from Georgia Southwestern State University in 2011. Pineda received the Peach Belt Conference Scholar Athlete award in 2010, served as team captain, and was named to the Athletic Director Honor Roll and Peach Belt Conference Presidential Honor Roll.