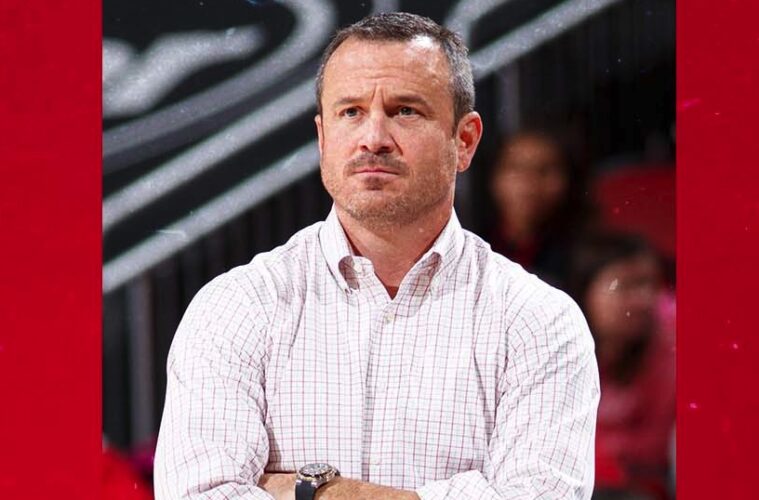 Announced this morning, Jeff Walz and AD Vince Tyra have agreed to a revised contract which includes an extension through 2028.

“I would like to thank Dr. Bendapudi, Vince Tyra, Amy Calabrese and the UofL Athletic Board for recognizing the success we have had here in women’s basketball and extending my contract through 2028,” said head coach Jeff Walz. “I am blessed to have an amazing staff and coach wonderful young women who represent their families, our program, the University and the city of Louisville with class and pride.

“It has been 15 years of hard work, doing things the right way and lots of on and off the court wins that have made this extension possible. Most important to me is the relationships I have built with past and current players. It is the players who have made this a perennially elite women’s basketball program.  My wife, children and I love the University and can’t thank the city of Louisville enough for your support of women’s basketball.”

“We are excited to extend Coach Walz’s contract and to know that he will be here through 2028,” said Director of Athletics Vince Tyra. “He is an elite coach that has not only established a perennial national championship contender, but one of the best programs in the country. Continuity in his coaching staff has been a key to his program’s success and this extension will help solidify that continuity.”

Coach Walz is entering his 15th season with a record of 385-108 including 10 Sweet Sixteen’s, 6 Elite Eight’s, 3 trips to the Final Four, and 2 trips to the title game. Walz is the all-time winningest coach in program history averaging 27.5 victories per season and was named ACC Coach of the Year in 2018. He has led the Cardinals to 11 consecutive 20 win seasons and claimed 4 consecutive ACC regular season titles.

The Louisville Cardinals are currently ranked #6 in the AP Preseason Poll marking their seventh consecutive season being ranked in the preseason top 10. They are scheduled to host Union University on November 4th at 7p.m. in the KFC Yum! Center for an exhibition game prior to traveling to Sioux Falls to face Arizona in their season opener on November 12th.