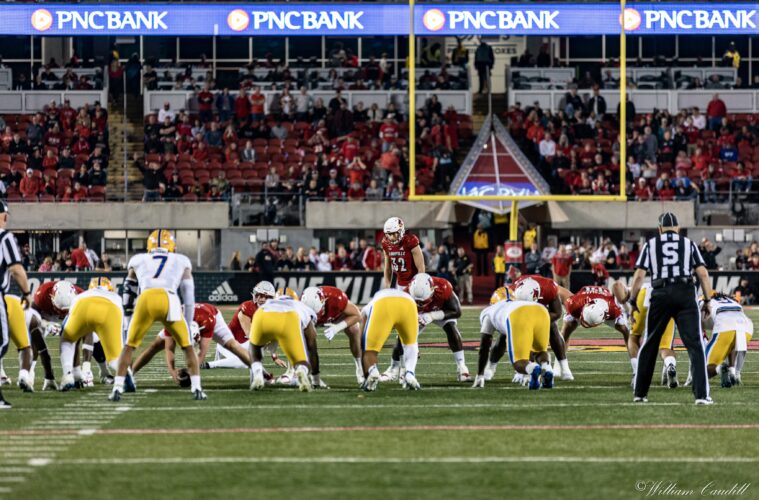 Karl Maslowski, a former quality control coach at the University of Louisville, returns to the Cardinals as special teams coordinator and defensive assistant for UofL head coach Jeff Brohm.

Before revisiting Louisville, Maslowski spent one season with Brohm at Purdue as the special team coordinator and an assistant linebackers coach. In his lone season with the Boilermakers, Maslowski helped guide Purdue to its first ever Big Ten Championship appearance. Throughout the season, the special teams unit blocked two field goals, converted two successful fake punts, and developed all-conference return specialist Charlie Jones. In the Big Ten Championship, place kicker Mitchell Fineran set a championship game record of five field goals made. Maslowski was instrumental in guiding Fineran to become the most accurate kicker in Purdue history

“I had the opportunity to work with Karl last season and was impressed with his leadership of our special teams units, “ Brohm said. “He works extremely hard at trying to help us gain an advantage in our kicking and return games, and I am confident in his ability to gain us an edge. Karl has served in a special teams’ capacity here at Louisville previously and is familiar with our personnel and how to maximize their potential.”

Maslowski owns 10 years of experience as a special teams coordinator at the FBS and Division II levels. Under his direction, his punt units ranked top 30 nationally in six out of nine seasons, while his kickoff return units finished in the top 30 eight times.

Prior to joining Louisville as the program’s senior quality control specialist (2019-21), Maslowski spent six seasons coaching special teams at Northern Michigan (2013-18). While in the Upper Peninsula, he coached linebackers, running backs and tight ends. Maslowski began his stint at NMU mentoring the linebackers (2013-16) before going to the other side of the ball to coach the running backs and tight ends (2017-18).

Prior to making the move to Northern Michigan, Maslowski coached at his alma mater Western Kentucky for three seasons. He served as linebackers coach from 2010-11, which included mentoring a trio of All-Sun Belt linebackers, before focusing specifically on special teams in 2012. His 2011 special teams unit finished in the top 25 nationally in four different statistical categories. During his tenure, two returners earned All-America accolades. On the recruiting road, Maslowski helped secure the No. 1 recruiting classes in the Sun Belt for back-to-back seasons.

Maslowski was an All-American linebacker at Western Kentucky from 1999-2003 and earned a bachelor’s degree public in health education in 2004. He helped lead the Hilltoppers to a 1-AA national title in 2002, while earning team MVP and academic all-conference honors during the 2003 campaign.

Maslowski is married to the former Brittney Long and the couple has three children: Lila, Stella and Donovan.