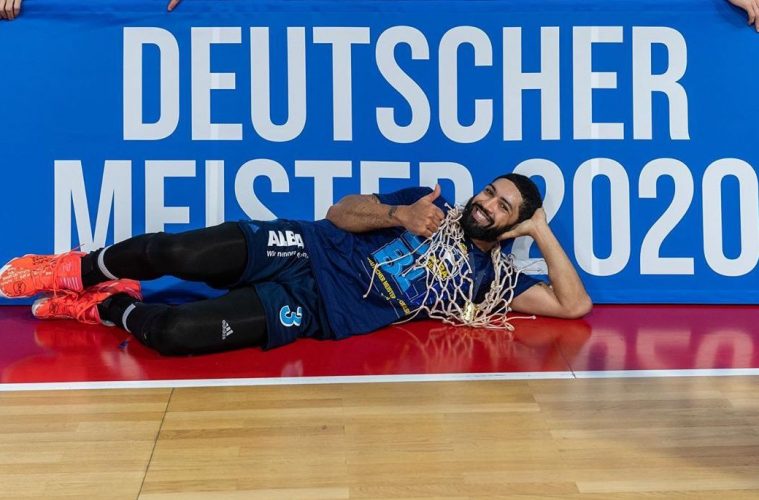 Interview: Peyton Siva on Playing Pro Ball in the Time of COVID

Former Louisville point guard Peyton Siva’s Alba Berlin team won the German Basketball Bundesliga final this past Sunday, narrowly defeating MHP Riesen Ludwigsburg. That’s right – there was a month of professional basketball played in Germany, where COVID-19 containment efforts have been largely successful. As professional and college leagues in the United States continue to mull over the feasibility of resuming play amid the pandemic, I wanted to know about Peyton’s experience playing in a country that actually made it work. The newly-crowded champ was kind enough to take a break from celebrating to answer a few questions.

Colby: Firstly, how are you and your family holding up, and what’s it been like weathering a global pandemic in a foreign country?

Peyton: My family and I are great. We just been keeping to ourselves and following the guidelines put in place to try and keep us safe. We came back to the States right when COVID hit world-wide and everything shut down. As for me being in Germany right now, things are pretty calm, and the government here have opened everything back up.

Colby: Professional sports remain completely shut down in the United States, but you’ve been back to playing in games since the beginning of June. How did you feel about going back to work? Were you nervous at all?

Peyton: At first, I didn’t want to come back and play because I didn’t want to have to leave my family during this time. I was nervous because there were a lot of unknowns. But the league has done a great job at putting in rules and protocols to keep us safe while playing.

Colby: What steps are Alba Berlin and the Basketball Bundesliga taking to ensure the players and staff stay safe from COVID-19? (virus testing, temperature checking, mask wearing, social distancing, no fans at games, etc.) And has it been more challenging to practice and play under these conditions?

Peyton: When we first got back to Berlin, we had to quarantine for a week and do testing every two days. We had to test every two days for 14 days and then every 4/5 days. We had to wear mask every time we went outside and changed locations to and from the hotel and to the gym. No fans were allowed in the games, and media had to quarantine in the hotel with us along with the other teams and referees. It hasn’t been challenging playing without fans; only challenging thing was the short schedule and games played in such a short time.

Colby: Since resuming the season on 6/7, you guys have won 9 games straight to make the Basketball Bundesliga Final against Ludwigsburg. I know Alba Berlin has had a lot of success since you joined the team – was making the Final the expectation all season or has returning from hiatus due to Coronavirus helped to inspire this string of wins in some way?

Peyton: No, the expectations is always to make the championship.

Colby: Europe seems to have done a much better job of containing the virus than the United States has, thus allowing for the resumption of normal life, work, sports, etc. – with EuroLeague set to resume in October, do you foresee any issues with international play?

Peyton: As of now, I don’t see a huge problem with the resumption of next season. That was the great thing about coming back and playing – it showed that the sport could carry on.

Colby: Louisville announced it will have Cincinnati back on its schedule for the first time in years. From your time playing in the Big East, what does that rivalry mean to you?

Peyton: I didn’t view it as a huge rivalry in a sense. The reason is because we played them every year in the Big East. I think rivalries are more a fan thing. I viewed all opponents the same, especially in the Big East, because it was such a tough league.

Peyton: I think it will be great for the team. It brings in guys who are closer in age and probably could relate to the players more in the sense both of them had different journeys in basketball but played at the highest level in college. I think they both will be great additions.

Thanks again to Peyton Siva for taking the time to talk to me. His team Alba Berlin has qualified for the EuroLeague, which at the time of writing is slated to begin play October 1. In the meantime, stay safe, wear a mask, and Go Cards!