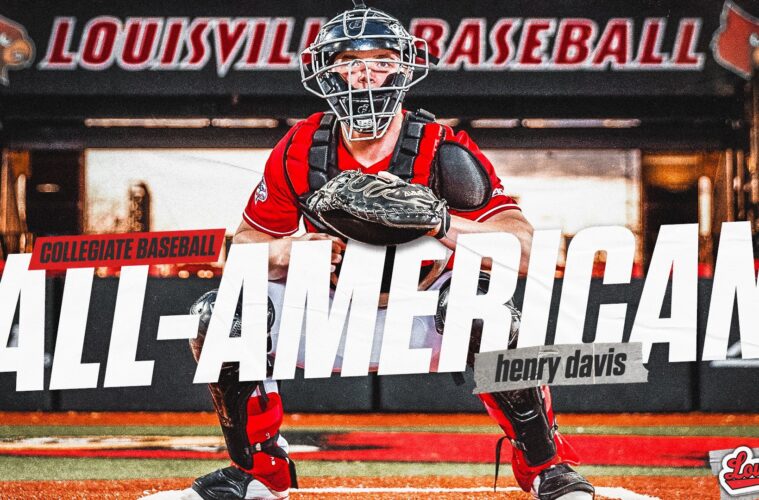 The sophomore had a strong all-around 2021 season, hitting a team-leading .370 with 15 home runs and 48 RBIs. He also tallied more walks than strikeouts and stole 10 bases after having just one in his first two seasons in a Louisville uniform.

Defensively, Davis locked down opposing teams’ running games, throwing out better than 46 percent of potential base stealers on the season.

The Bedford, N.Y., native was an All-ACC first team selection and is a semifinalist for the Dick Howser Trophy. Davis is also a candidate for the Golden Spikes Award and Buster Posey Award.