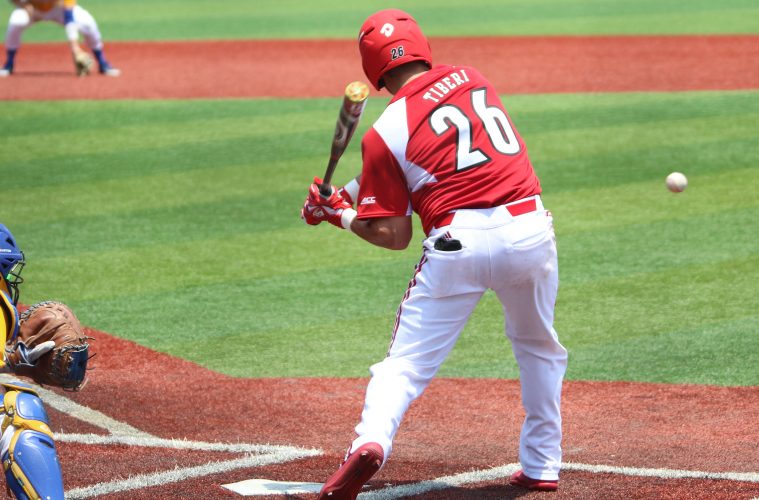 After UCSB (42-18-1) had loaded the bases with one out on a single from JJ Muno and back-to-back walks to Dempsey Grover and Billy Fredrick, Cohen connected on a 1-2 change-up from junior righthander Zack Burdi sending it over the right field wall for his second home run of the season. The heartbreaking result ended another terrific season for the Cardinals (50-14), who won their second straight ACC Atlantic Division championship, advanced to their fourth straight NCAA Super Regional and reached the 50-win plateau for the fourth time in school history.

Sunday’s loss, which followed a 4-2 defeat in game one of the NCAA Super Regional on Saturday, marked the first time Louisville has lost back-to-back home games since the 2012 season. The Cardinals, who dropped just one regular season home game and swept through last week’s NCAA Regional, finished with a 36-3 mark at Jim Patterson Stadium in 2016. Sunday’s result also marked the first time Louisville lost a game when entering the ninth inning with a lead since May 2012 ending a stretch of 186 consecutive games.

The final outcome overshadowed another dominant performance on the mound from junior lefthander Drew Harrington, who finished with a career-high and postseason school record 12 strikeouts while scattering six hits and one walk in 7.0+ shutout innings. Sunday’souting marked the 14th time in 17 starts this season the Elizabethtown, Kentucky native has limited an opponent to two or fewer earned runs. The 2016 ACC Pitcher of the Year and a third round selection by the Atlanta Braves in this year’s Major League Baseball Draft, Harrington closed the season with a 12-2 record, 1.95 ERA and 92 strikeouts in a team-high 110.2 innings pitched.

At the plate, sophomore Brendan McKay paced the Cardinals going 2-for-4 with a home run, while sophomore Blake Tiberi was 3-of-4 with a RBI double and a run scored. Senior Danny Rosenbaum added two hits and drove in a run as Louisville lost despite finishing with an 11-8 advantage in hits.

The Cardinals opened the scoring Sunday by scoring all three of their runs on four hits during a span of just seven pitches in the fourth inning against righthander Noah Davis. McKay started the quick strike by launching his sixth home run of the season over the trees in right center on a 3-0 offering. Sophomore Devin Hairston followed with a two-out triple down the right field line before scoring on a RBI double by Tiberi. Rosenbaum added a RBI single to right center to send Tiberi home for the 3-0 lead.

The margin remained at three runs until the decisive ninth inning for the Gauchos, who will face Oklahoma State at the College World Series in Omaha next weekend. Burdi, selected in the first round of the MLB Draft by the Chicago White Sox, dropped to 1-3 on the season with Sunday’s loss, in which he surrendered four runs on two hits and two walks in 1.1 innings of relief. Reliever Kevin Chandler was credited with the win for UCSB after recording the final two outs in the top of the ninth, while Davis earned a no-decision after allowing three runs on seven hits in 5.1 innings.