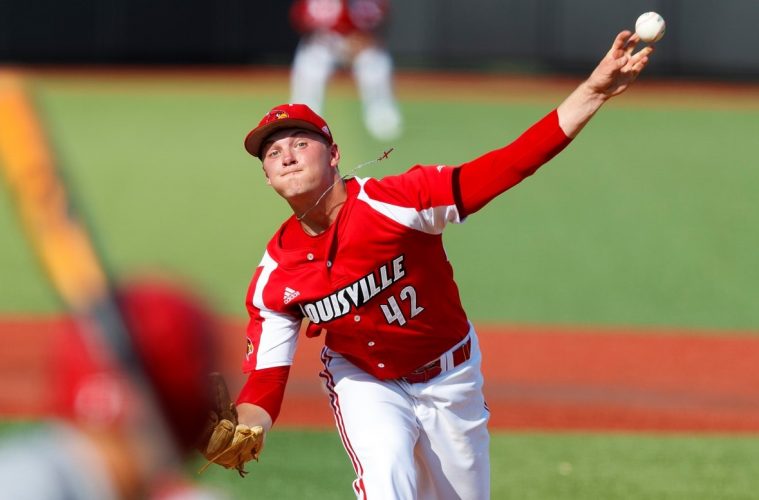 Piling on the accolades from a spectacular season on the mound, sophomore left-handed Reid Detmers was named as one of the 25 semifinalists for the Golden Spikes Award presented by USA Baseball. He is the only player from the ACC to make the list, the 12th Cardinal to be a Golden Spikes Award semifinalist overall, and the first one since Drew Ellis & Brendan McKay in 2017.

The southpaw has shown all season long that he is an unstoppable force on the mound. His ERA of 2.59 ranks first in the ACC, with his 0.82 WHIP ranking 4th in the nation. A proficient strike-thrower, he has amassed 127 strikeouts (1st in ACC, 5th in nation) while maintaining a strikeout-to-walk ratio of 7.06, good for 9th in the nation. He is currently 19 strikeouts short of the UofL single season strikeout mark of 146, set by Brendan McKay in 2017

As part of the voting process, fans can also take part. By following the link here, you vote up to 25 times a day until May 26th. The fan vote accounts for 5% of the vote total, with the other 95% coming from a voting body of 200 members.

Reid Detmers and the rest of the Cardinal Nine will take the diamond again tomorrow at Jim Patterson Stadium, kicking off a three game series against Florida State for the final weekend of the regular season. First pitch is slated for 6pm.