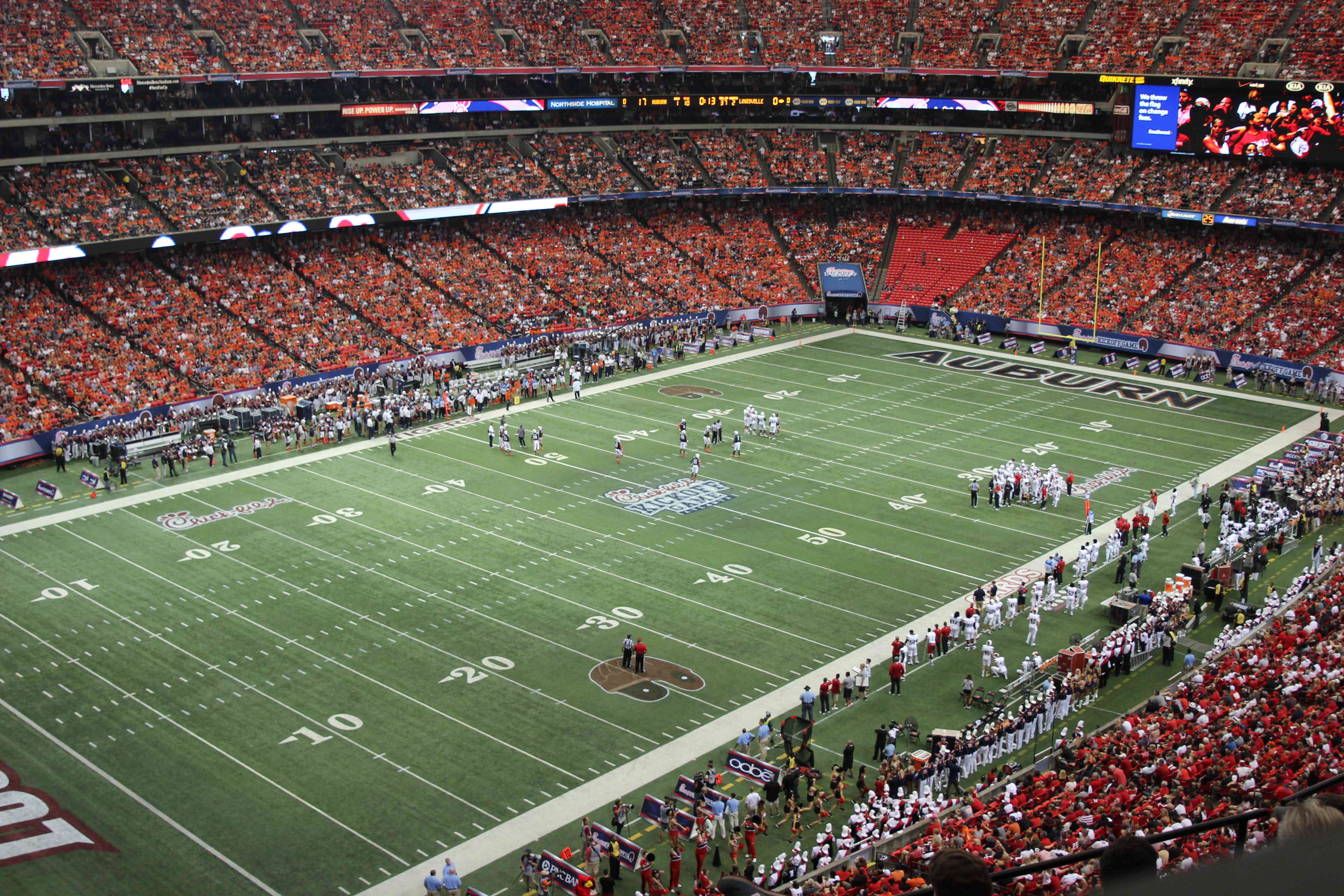 In keeping with its tradition of recognizing notable team alumni, officials today announced that Harry Douglas and Patrick Willis will serve as honorary captains for their respective alma maters at the Chick-fil-A Kickoff Game between Louisville and No. 25 Ole Miss. The duo will join the team captains at midfield for the pregame coin toss prior to the 8 p.m. ET kickoff on Sep. 6 in Mercedes-Benz Stadium.

The Louisville Cardinals honorary captain will be Georgia native and former Atlanta Falcon wide receiver Harry Douglas, who played for the Cardinals from 2004-2007. As a player at Louisville, Douglas finished his career as the second all-time leading receiver in program history with 2,924 yards and 15 touchdowns. During his time with the Cardinals, Douglas was named First Team All-Big East twice and in 2007 was honored as a Second Team All-American. He was also a key member of the 2004 and 2006 Cardinal teams who brought home conference championships. In the 2008 NFL draft, he was selected in the third round, 84th overall, to the Atlanta Falcons. In Atlanta, Douglas was a part of two division championship teams and four playoff teams, racking up over 3,000 receiving yards, including a 1,000-yard season in 2013. He played three additional years for the Tennessee Titans, before retiring after the 2017 season. He now works for ESPN as a football analyst, as well as for pregame and postgame shows for the Atlanta Falcons and 92.9 the Game.

Serving as the honorary captain for Ole Miss will be former San Francisco 49ers middle linebacker Patrick Willis who played in Oxford from 2003-2006. In 2005 as a junior he was named First Team All-SEC and All-American, tallying 128 total tackles, 9.5 tackles for loss, 3.0 sacks and one interception. His 2006 season was even more impressive, recording 137 total tackles, 11.6 tackles for loss, 3.0 sacks, seven pass deflections, two forced fumbles and one recovered fumble. This historic year led to Willis being named First Team All-SEC and All-American, as well as SEC Defensive Player of the Year. He also received the Butkus and Jack Lambert awards as the top linebacker in all of college football, and was later inducted in the Chick-fil-A College Football Hall of Fame in 2019. Following his time in Oxford, the San Francisco 49ers made him the 11th overall pick in the 2007 NFL draft. He made an impact right away under the mentoring from Chick-fil-A Peach Bowl Hall of Fame inductee Mike Singletary, and was named Defensive Rookie of the Year, First Team All-Pro and a Pro Bowler in 2007. Willis went on to play in 112 regular season games, eight NFL playoff games, including Super Bowl XLVII, was named to 2010s NFL All Decade Team and made six All-Pro Teams in total. He finished his NFL career with 950 tackles, 60 tackles for loss, 20.5 sacks and 16 forced fumbles.

The 17th edition of the nation’s longest-running kickoff game will feature the first-ever meeting between Louisville and Ole Miss. The Cardinals and Rebels will each be making their second appearance the Chick-fil-A Kickoff Game. Louisville will attempt to secure the ACC’s first Chick-fil-A Kickoff Game victory since 2012, while Ole Miss will look to capture its second Old Leather Helmet trophy.