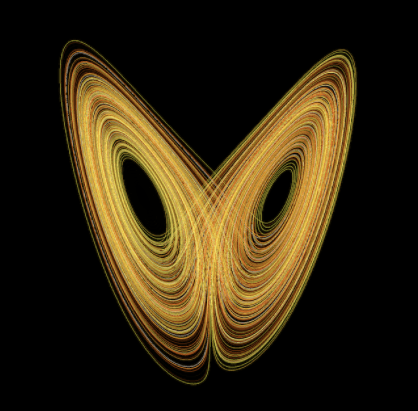 “There’s a place up ahead and I’m goin, just as fast as my feet can fly.” – John Fogerty

For Louisville, that place is the college football playoffs if my calculations are correct, and nothing is going to turn the NCAAF establishment on its head quicker than an at-large ACC team making the final four.

I expect Louisville to be ranked 5th in the first playoff committee rankings behind Alabama, Michigan, Clemson, and Washington this week.  So going forward all they have to do is win out and let the teams in front of them lose. That’s the simplistic version.  The truth is however, Louisville’s path is not as simple as “just win baby,” and here’s what has to happen for the ‘Cards to get in:

Alabama is the best team in the country right now and the way things seem, this whole season is just a contest to be named the 2016 runner-up.  The Pachyderms’ remaining schedule has two major hurdles, a road trip to LSU and the Iron Bowl, where they face a surging Auburn in the friendly confines of Bryant-Denny Stadium.  I’m gonna go out on a limb and say they finish undefeated.  Even if they drop one of those games, they will still win the SEC and make the playoffs.

After Ohio State blew a 14-point fourth quarter lead to Penn State in Happy Valley, Michigan picked up about a million band wagon fans with 502 area-codes.  The safest route for Lousville’s playoff hopes is for Michigan to hang a second loss on Ohio State, eliminating the potential of a Big Ten champ and at-large Big Ten squad making the playoffs.

Now, if OSU knocks off Michigan, then it’s very possible that both OSU and Michigan get in, provided OSU wins the Big Ten title game and Michigan’s only loss comes at the hands of the rival Buckeyes.

If you’re a Louisville fan, you’re a by proxy Wolverine fan.

Clemson doesn’t have a cakewalk to the playoffs, but they don’t face the same match-up challenges as Ohio State, Michigan, and Alabama.  All they have to do is beat FSU this weekend in Tallahassee.  This seems very likely considering the Seminoles’ well documented struggles stoping uptempo spread-option offenses.  I expect Clemson to dispose of FSU Saturday night but this is college football and anything can happen.  Even if the ‘Noles can hang a loss on Clemson, the Tigers have already beaten Louisville and FSU already has two losses. This give Dabo and them the inside track to the ACC title game.  A one-loss ACC champion is in and I don’t see any problems on Clemson’s remaining menu even if they lose this weekend.

A few weeks ago it seemed Washington was a juggernaut, rising from the rubble of what was once the mighty PAC-12.  Today they more resemble a very good team that has throttled some pretenders.  When the Huskies beat Stanford 44-6 in week five, many pundits anointed them the gun that won the ole wild west. Since then, Stanford has fallen apart like Family Dollar furniture.  Washington State and Mike Leach came into Stanford Stadium and plundered the Cardinal 42-16.  Yesterday, Stanford scored 5 runs against Colorado, but their bullpen couldn’t hold the lead and they suffered a 10-5 loss in Boulder.

Now that the smoke has thinned in gold rush territory, Washington hasn’t really played anyone this season. They needed overtime to knock off 2-5 Arizona on the road and their remaining schedule ain’t sweet.  This weekend they  travel to Rice-Eccles stadium to face the 6-1 Utah Utes, with ESPN’s CollegeGameDay in attendance.  Utah is a gritty team that is impossible to gage.  They seem to play up and down to their competition. Their only loss came to a dangerous 4-3 Cal team who plays everyone tough and can score at will.  Against the Golden Bears Utah struggled to run the ball, putting up a line of 54 attempts for 176 yards which comes out to 3.26 yards per carry.  Utah has fixed that problem, as Joe Williams ended his impromptu 4-game retirement two weeks ago and has run for 511 yards on 63 carries in his last two games.  He’s fresh off a 29 carry, 332 yard, 4 touchdown performance against a UCLA team that was only giving up four-yards per carry coming into the game.  Washington will have their hands full with Utah, now that the Kyle Whittingham has a complete offense that can beat you by land and by air.

If Washington can knock off Utah, they still have to get past Cal and Washington State on the road.  Neither team has been very successful against Washington in lately, but they are still dangerous and chaotic teams.  Those are the easy games, Washington still has to get past USC and Arizona State, before winning the PAC-12 championship game.  The PAC-12 is too chaotic for its champion to survive undefeated, and because the conference is down this year, again, I don’t see a one-loss champ making the post-season.

The Huskers travel to Madison and Columbus in the next two weeks.  That’ll do it for my analysis of Nebraska.

Louisville’s old rival from the good ole Big East days is making some noise out of Morgantown, which has some merit to it.  While some argue the ‘Neers haven’t played anyone yet, they are doing something few in the Big-12 are, playing defense, kinda.  They’re only giving up 17.8 points per game, which is good, but they are also surrendering 392 yards a game, which is not.  The fact that gives me pause in just totally writing WVU off however, is that they held Texas Tech to 379 total yards and 17 points.  The same Red Raiders who just put up 854 total yards and 59 points on Oklahoma, in a loss.  On the flip side, WVU gave up 521 total yards and 32 points to a very pedestrian BYU offense which averages 394 yards and 25 points per game, so I have no idea if WVU is for real.  Plus, they ain’t played nobody.  Pick two loses from the following match-ups (Oklahoma State, Texas, Oklahoma, or Baylor) and call it a day.

Baylor is undefeated and nobody is really talking about them.  That’s because they’ve fallen on the wrong side of our collective morality and everyone outside of Waco hates them.  There is however some terse mumbling that this team is playing great defense and may very well sneak into the playoffs if they can beat WVU in the final week of the Big-12 regular season.

I’m not buying it.

Baylor’s early 2016 schedule has been butter soft.  They gave up 42 points to Iowa State and escaped Ames with a 45-42 victory.  They did beat Oklahoma State and Mason Rudolph however, a team that I believe is very underrated and suffered a loss to Central Michigan on a play that should have never happened. Nonetheless, the warm up segment of the Bears’ schedule is over and now they face the heart of the Big-12.

Baylor’s late 2016 schedule is problematic.  They have to travel to Texas, Oklahoma, Texas Tech, and WVU.  In all honestly, Texas is awful this year, ditto for Tech.  Trips to Norman and Morgantown however, are perilous and I feel one of those games will result in a loss (maybe two), effectively eliminating Baylor from the playoffs.

If all that shakes out your college football playoffs will look like this:

There you have it, the mid-season update of my first chaos theory report.  Take your protein pills and put your helmets on boys and girls, we’re about to plunge deeper into the void.