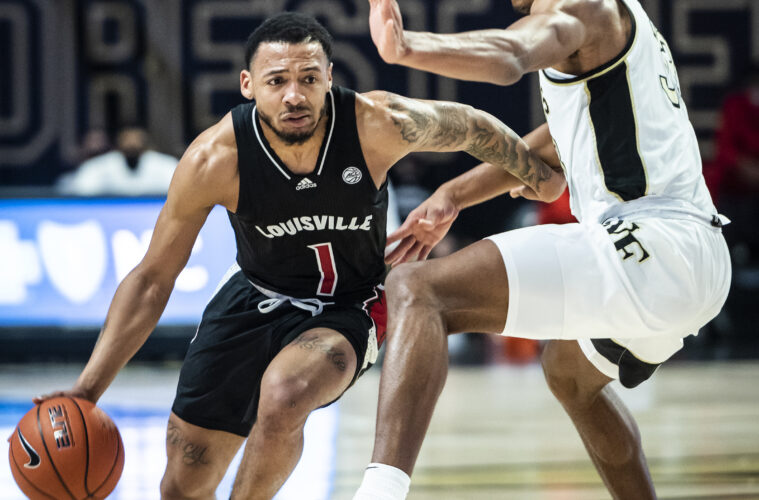 Three University of Louisville men’s basketball student-athletes have received postseason recognition in the Atlantic Coast Conference for their accomplishments this season.

Jones is only the third Cardinal to earn first team honors in Louisville’s seven years in the ACC, joining Jordan Nwora (2020) and Donovan Mitchell (2017).  Jones received the third-highest votes and finished tied for second in the conference player of the year vote.

It is Johnson’s first all-conference honor and with Jones’ selection, the pair matches Jordan Nwora’s All-ACC first team and Dwayne Sutton’s honorable mention selections from last year.  Johnson is the only player in the ACC among the top 25 in both rebounding and assists, averaging 12.6 points, 3.3 assists (11th in the ACC) and 5.5 rebounds (25th).  He has nearly doubled his scoring and rebounding averages from a year ago and has buried six times his number of three-pointers from last season (team leading 30-of-79 threes this year, .380).

Withers is the first Louisville freshman to be named to the conference All-Freshman team in the Cardinals’ seven years in the ACC and he is the first Cardinal to receive a similar honor since Chane Behanan was named to the Big East All-Rookie team in 2012.

Withers is the leading freshman rebounder in the ACC for all games (7.9 per game, 6th overall) and in conference only games (8.4, 3rd overall).  After redshirting last season, Withers is averaging 10.2 points while shooting a team-best 56 percent from the field.  The only player to start every game this season for the Cardinals, he has averaged 13.3 points and 9.3 rebounds over the last three games.

Louisville (13-6, 8-5 ACC) will enter the 2021 ACC Tournament as the number six seed and play on Wednesday at 7 p.m. against the winner of Tuesday’s game between Duke and Boston College.