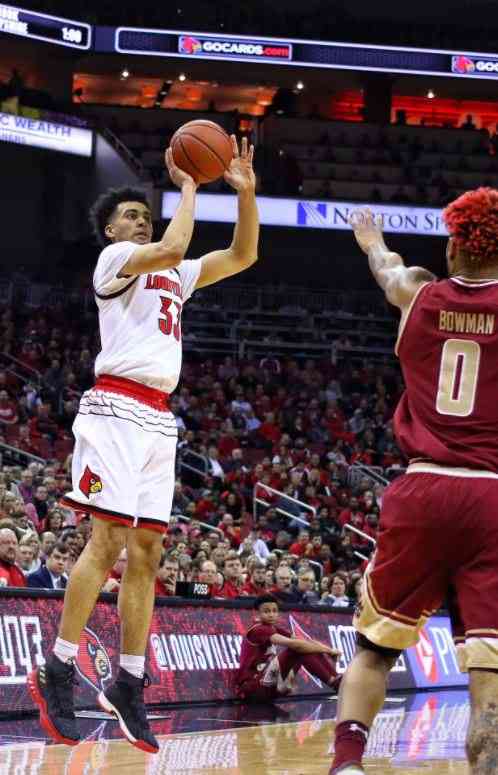 The Louisville Cardinals kept their winning streak alive and nearly gave the 16,827 fans in attendance a heart attack while doing so.

The Cards used defense and a hot shooting half by Deng Adel to defeat Boston College 77-69 before a crowd of 16,827 at the KFC YUM! Center.

Adel finished with 18 points and 10 rebounds, he scored all of his points after halftime.  He was aided in scoring by freshman Jordan Nwora who came off the bench to score 16 points on 5-8 shooting.  Nwora had played sparingly the last few games but has really turned it on here lately.

Coach David Padgett stated that he was pleased with his teams defense but added that he may have pulled the starters too early allowing BC to come back late in the game.  “1st year coach mistakes” joked Padgett at the post-game presser.

Louisville is now on a four game winning streak and sit at 15-4 (5-1).  They will travel to Miami on Wednesday night to face a tough Miami team. Below are the stats and post game videos: