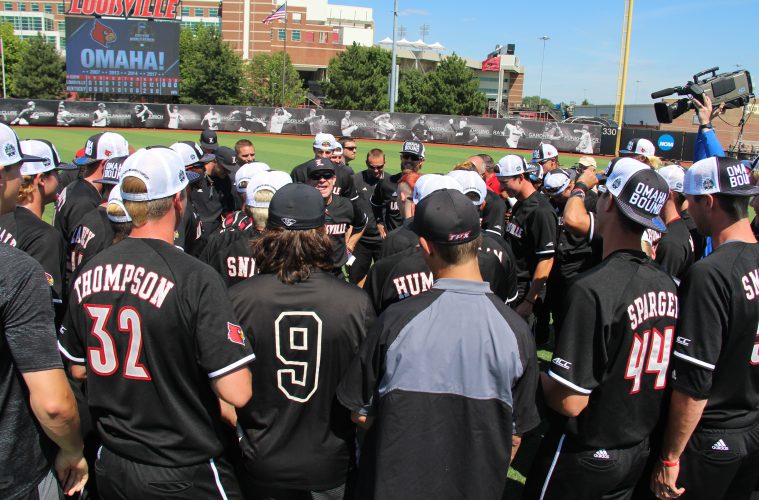 How they got here:

Jim Schlossnagle, announced that freshman left-hander Nick Lodolo will handle pitching responsibilities for the Horned Frogs in this College World Series elimination game against the Cards.  Lodolo was drafted 41st overall a year ago by the Pittsburgh Pirates. Despite being offered $1.75 million by the Pirates, Lodolo opted to attend TCU, making him the highest draft pick of 2016 to not sign professionally.  Lodolo heads into Thursday night boasting a 5-1 record and a 4.28 ERA. He pitched a perfect inning against Florida in TCU’s 3-0 loss to the Gators on Sunday, but has not made a start in nearly a month.

Dan McDonnell will also toss a freshman lefty out on the mound, Nick Bennett, in this high pressure situation. Bennett, the freshman All-American, has served as the Cardinals No. 3 starter all season long.  He heads into Thursday night’s tilt with a 5-0 record and a 2.70 ERA. Though Bennett is just 5-0 on his own, Louisville is 12-0 this season in games where he starts.

Junior outfielder, Austen Wade, leads to Horned Frogs with a .333 batting average.  He has 78 hits, 37 RBIs, 5 homeruns and only 50 strikeouts on the season.

Junior infielder, Drew Ellis, leads the Cardinals with a .360 batting average.  He has 82 hits, 61 RBIs, 20 homeruns and only 40 strikeouts on the season.

First pitch between Louisville and TCU is set for 8 p.m. on ESPN2. The winner gets Florida Friday night at 7.