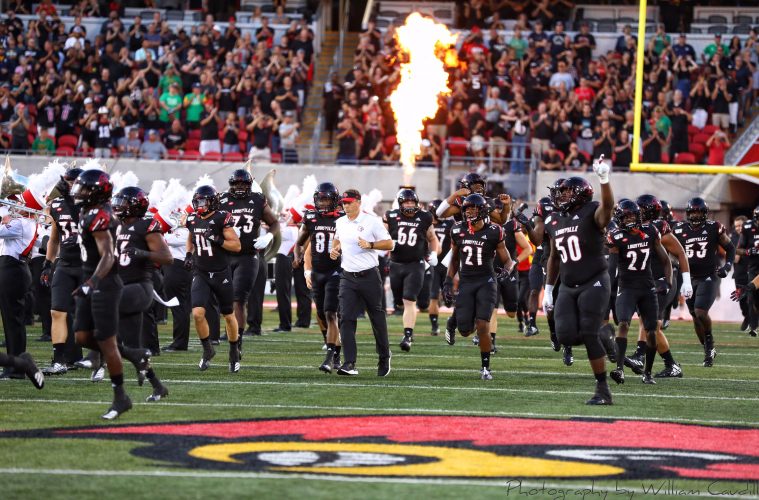 ATTENDANCE: Cardinal Stadium & Around The Country

We can’t begin a conversation about overall attendance trends in college football and around Louisville Football in 2021 without stating the obvious: Attendance took a hit EVERYWHERE in 2020 around sports due to COVID-19. Whether it was local health departments, Governor’s, University Presidents, there was reduced capacity all over. So attendance breakdowns that include 2020 in the conversation are going to be a considerable outlier. In fact, the results were so far off that the NCAA did not even issue its typical annual report

Despite that College Football overall has had slipping attendance starting with the 2017 season. Prior to 2017 College Football’s Overall attendance would fluctuate from 48.9M to 50.2M each season. However with more fans opting to stay home and watch on TV (and a lack of inclusion at the top of college football), attendance at College Football games hasn’t gone over 47.7M since. As a result stadiums have reduced capacities to create more premium areas at places like Alabama to meet the slipping demand from the every day fan and provide more premium options to fans willing to pay for them.

Despite a 6.6% drop with in-person attendance College Football still attracts a huge in-person audience. So now, what will happen in 2021?

Good luck projecting what might happen to attendances across the country for college football in 2021.

On one hand, airports, car rentals, hotels, amusement parks saw HUGE demand this summer as COVID rates slid rapidly from March to July. There was/is a huge repressed demand to return to our normal calendar.

On the other hand the United States has seen a resurgence in COVID cases leading to some music festivals and concerts, who were given the OK to move forward this fall, have once again been postponed.

In early-July Major League Baseball reported that fan demand had returned to 2019 levels and in some cases were outpacing 2019, indicating that repressed fan demand might be larger than anticipated.

But now with the 7-day COVID case count surpassing 120,000 new cases each day, there is cause for concern that events may be reduced in capacity once again or in some cases even cancelled similar to the New Orleans Jazz Festival that was set to take place in October.

And if the events DO move forward without restrictions can we expect fans to flood the gates at college football games like they did in 2019? Or will some fans wait another season to return?

The good news is that with the most recent surge vaccinations rates have seen an uptick in activity…… but college football is weeks away from kickoff. Is the American public reacting in time?

Cardinal Stadium currently can hold a maximum of 60,800 fans during a given game following a 2018 expansion of the North End Zone that added grandstands, suites (field level) and loge areas.

In 2010 Cardinal Stadium opened the expanded East side of the stadium with Upper Deck (the Flight Deck), 33 suites (the original plan had 70 suites) and the PNC Club, expanding the stadium’s capacity by 13,000.

The 2009 season saw a temporarily reduced capacity for Louisville Football in the final year of Steve Kragthorpe’s tenure. They wouldn’t need the 2000 seats that were unable to be occupied during the expansion of the East Side of Cardinal Stadium.

Cardinal Football hosted 68,816 fans in 2020, in 6 games. The 11,469 (of 12,000 allowed) will forever be an outlier. UofL fans have to go back to the mid-1970s with the Cards in the Missouri Valley Conference to find similar attendance figures in the program’s history.

Louisville’s highest attended season EVER was in 2013 when the Cards played 7 homes games and hosted 370,396 fans in the final season of the Teddy Bridgewater era (American Athletic Conference). The highest average attendance per game, however, was in 2016 (just 6 games) during Lamar Jackson’s Heisman Trophy season with 54,065.2 (capacity was 55,000) filling up 98.3% of the seats that season.