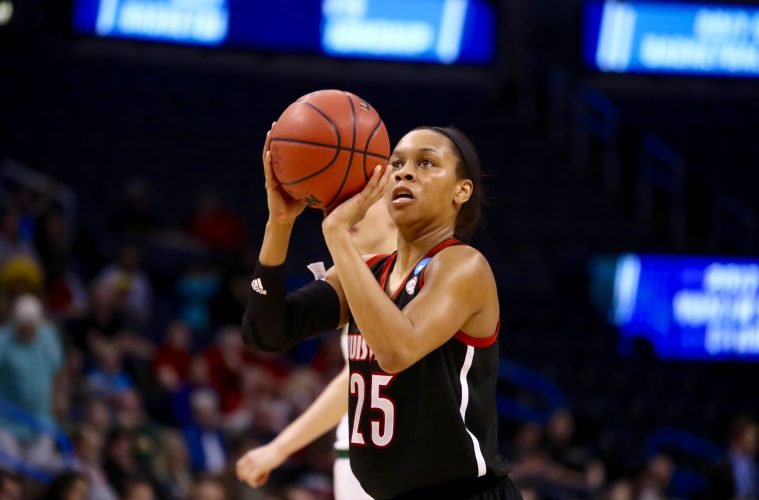 University of Louisville junior guard Asia Durr was named a finalist for the Citizen Naismith Women’s Player of the Year award which was announced today by the Atlanta Tipoff Club.

Durr would become the third ACC player to win, following Dawn Staley who won it for University of Virginia in both 1991 and 1992 and Lindsey Harding of Duke University in 2007. Wilson would follow in her coach’s footsteps with the trophy in 2018.

The University of Connecticut, which boasts a total of 10 Citizen Naismith Trophy awards for Women’s College Player of the Year, has won three of the past four, and have both Samuelson and Williams in contention to extend that number. Durr and Wilson would be the first winners for their schools.

Fans will have a chance to vote for the winner beginning March 19 and running through 6:00 p.m. EDT on March 30. To vote for their favorite player of the finalists, fans should visit naismithtrophy.com/vote to cast their ballot. The fan component makes up five percent of the overall vote.

The 2018 Citizen Naismith Women’s College Player of the Year winner will be announced on Saturday, March 31.

“These four women have played incredible seasons, and all of them deserve this award,” said Eric Oberman, executive director of the Atlanta Tipoff Club. “They have raised the level of their teammates’ play and represent all that’s great about college basketball.”

“Each of these four players has displayed the talent it takes to become a Citizen Naismith Trophy award winner,” said Eric Horowitz, managing director U.S. and travel retail, Citizen Watch Company of America, Inc. “As they play in postseason, we look forward to supporting them as they continue to compete for the 2018 Citizen Naismith Trophy.”

The four finalists were chosen by the Atlanta Tipoff Club’s national voting academy, comprised of leading journalists from around the country, current and former head coaches, former award winners and conference commissioners, all of whom based their selections on outstanding on-court performances during the 2017-18 college basketball season. The vote was tabulated and certified by Aprio, formerly Habif, Arogeti & Wynne, the largest full-service, independent CPA-led business advisory firm, based in Atlanta.