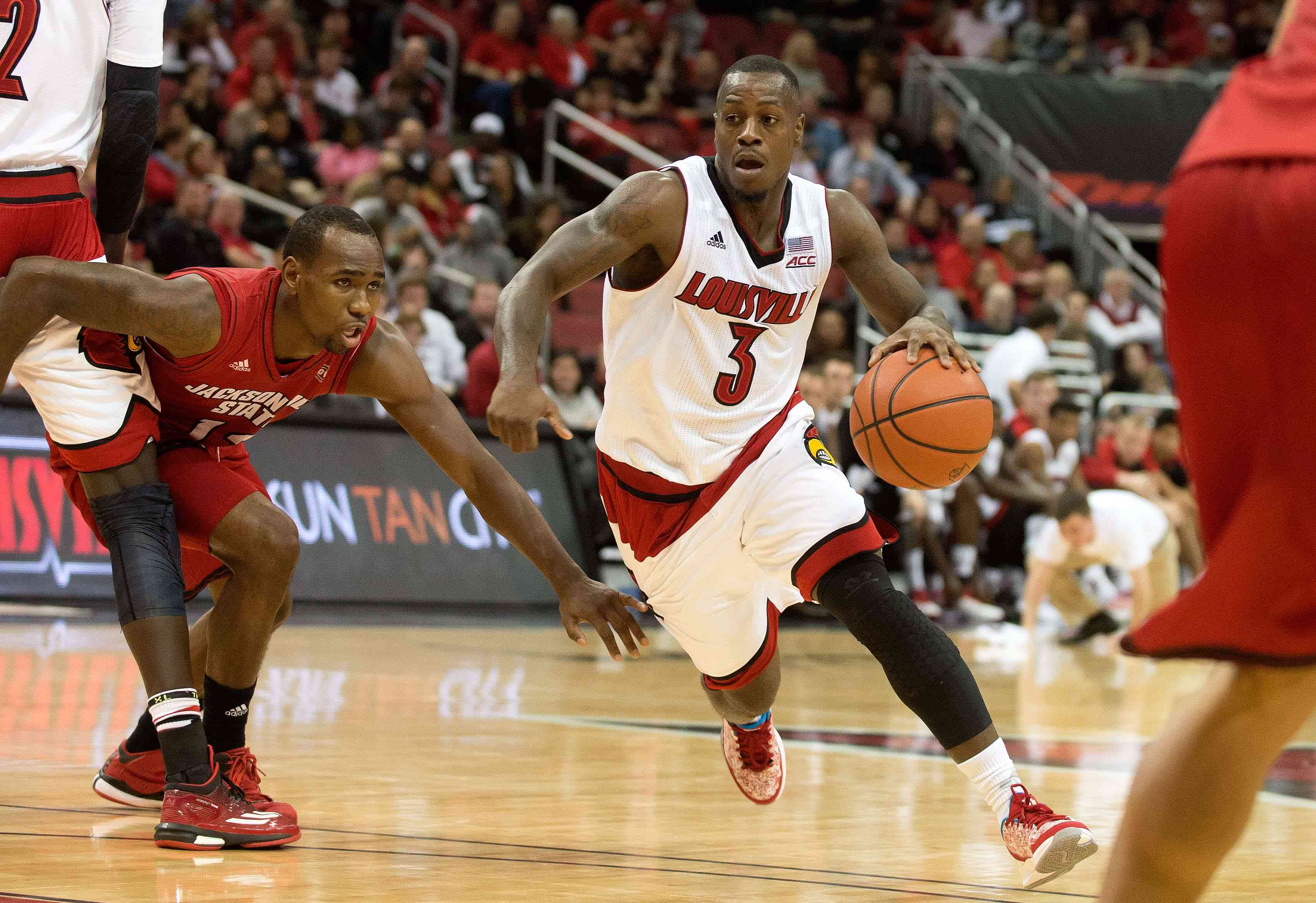 University of Louisville senior guard Chris Jones will be sidelined for three to five weeks while allowing the early stages of a stress fracture to heal in his left leg.

An x-ray taken this morning at the offices of team physician Dr. John Ellis confirmed the stress fracture area in his left tibia. He will have further diagnostic imaging at Jewish Hospital on Friday. He will continue to swim and use other exercises to maintain his conditioning.

Last season, Jones averaged 10.2 points, 2.9 assists and collected 73 steals, which led the American Athletic Conference and ranked 20th in the nation. He was an all-tournament selection at the 2014 AAC Championship after averaging 11.0 points, 4.3 assists and 3.0 steals in three games. The 2013 national junior college player of the year from Memphis, Tenn., scored a season-high 21 points at SMU, burying four three-pointers.

Chris has deleted his instagram picture of his injured leg.