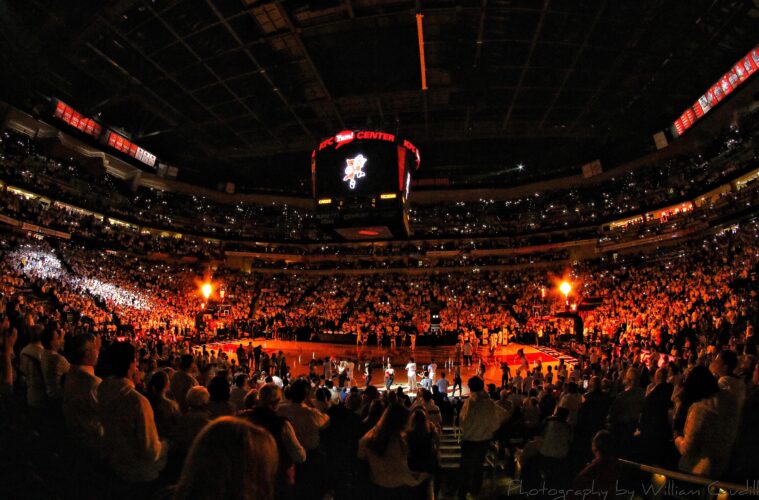 The Atlantic Coast Conference, Southeastern Conference and ESPN today announced the formation of the ACC/SEC Challenge for men’s and women’s basketball, which will begin as part of the 2023-24 season.

ACC and SEC teams will square off as part of the annual Challenge – one in men’s basketball and one in women’s basketball. Each one of the 28 games (30 starting in 2025-26) will be carried on an ESPN platform and each conference will host an equal number of home games. Matchups and game times will be announced at a later date.

“The future ACC/SEC Men’s and Women’s Basketball Challenges will be outstanding events for our student-athletes, member institutions and fans,” said ACC Commissioner Jim Phillips, Ph.D. “The SEC, led by Greg Sankey, and our partners at ESPN have been terrific, and there’s great excitement for the first annual ACC/SEC Challenge next season. As part of this announcement, we’d like to acknowledge the Big Ten for its partnership on the ACC/B1G Challenge that spanned more than 20 years.”

“We are excited women’s and men’s basketball student-athletes will have the opportunity to compete with their colleagues from the ACC as we initiate a new Basketball Challenge experience,” said SEC Commissioner Greg Sankey. “I appreciate the collaboration of Jim Phillips and the ACC members, along with our broadcast partner ESPN, to make possible the SEC/ACC Basketball Challenge which will provide our fans with exciting basketball early in the 2023-24 season. I also thank the Big 12 for the many great challenge games we experienced together in past years.”

“We look forward to showcasing the talented men’s and women’s programs throughout the ACC and SEC in the years ahead through this exciting new collaboration with both conferences,” said Nick Dawson, ESPN Vice President, Programming. “Since establishing the very first interconference challenge in 1999, these events have been a staple of our college basketball schedule for more than two decades. We thank both the Big Ten and Big 12 for their partnership in the final year of our existing events and look forward to finding more ways to creatively partner with both conferences in 2023-24 and beyond.”