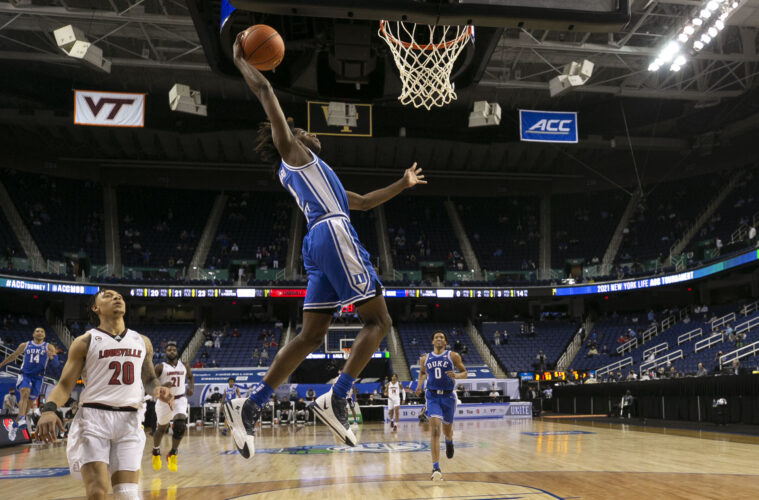 Louisville Ousted by Duke in ACC 2nd Round

Louisville came into Wednesday night’s match-up against the Duke Blue Devils riding a 3-game winning streak against Duke. The streak came to a halt in the 2nd round of the ACC Tournament in Greensboro in large part due to a lack of offensive execution. Louisville was a wretched 19 of 62 from the floor against a Duke Defense that was 85th in Ken Pom’s Adjusted Defensive Rankings….. meaning Duke’s defense doesn’t rank that well.

As for the game, Louisville started out the 1st and 2nd half in the same way. FLAT and WITHOUT ENTHUSIASM. Luckily for the Cards a 16-0 1st half run propelled UofL to a brief lead before halftime and ended up trailing by just one following the 1st half. The 2nd half was the same FLAT and WITHOUT ENTHUSIASM and there wasn’t a run that would erase that in the 2nd half.

Louisville was FIVE FOR SIXTEEN (5-16!) on layups. Layups have been a huge problem all year for the Cards and in this game it was fatal. But the story tonight was Duke’s Mark Williams. It was a tip fest for him early and he dominated down low finishing for 23 points and 19 rebounds.

Louisville will now await its fate on Selection Sunday to discover what seed they have earned and who they will play (if at all) in the NCAA Tournament.