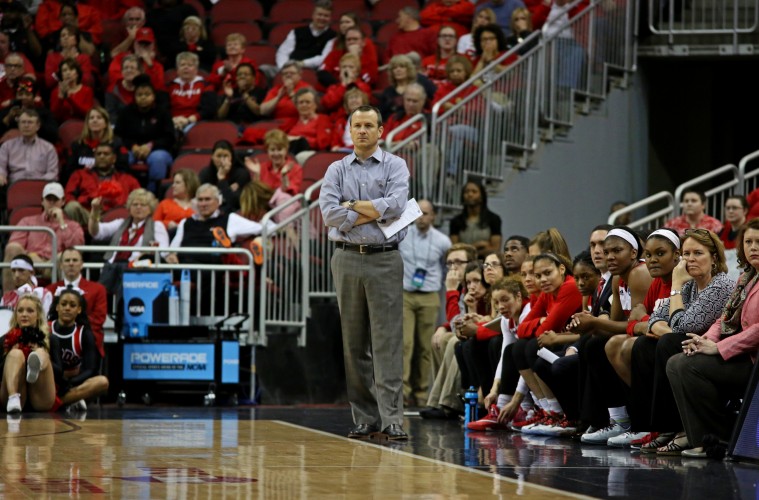 Asia Durr scored 17 of her game-high 19 points in the first half, and No. 5 Louisville routed Lindsey Wilson 97-50 in an exhibition on Sunday in the KFC Yum! Center.

The Cardinals broke open the game early, going on a 14-0 run in the first quarter that put them ahead 18-5, and Louisville never led by less than double digits for the remainder of the contest. While last year’s offense went through primarily two players, five different Cardinals scored during that stretch, with Durr connecting on two 3-pointers. Eleven of the team’s 12 players scored a basket in the victory.

Durr showcased – albeit in an exhibition – what fans were eager to see from her freshman campaign. While much of last year was hindered due to a nagging injury, Durr’s play in front of 1,927 fans was a signal that she has returned to full health. She went 5-for-5 from the field in the first quarter, knocking down all four 3-pointers, and capped the half with 6-for-8 from the field with two steals.

Myisha Hines-Allen and Jazmine Jones each added 15 points, and Ciera Johnson had 14 for Louisville. The Cardinals outrebounded the Blue Raiders 45-36 thanks in large part to sophomore Sam Fuehring and Bionca Dunham, who each finished the game with 10 boards.

LOUISVILLE: The Cardinals open the 2016-17 campaign at UT Martin on Thursday before playing their home opener on Sunday against 2016 NCAA Tournament participant Belmont.