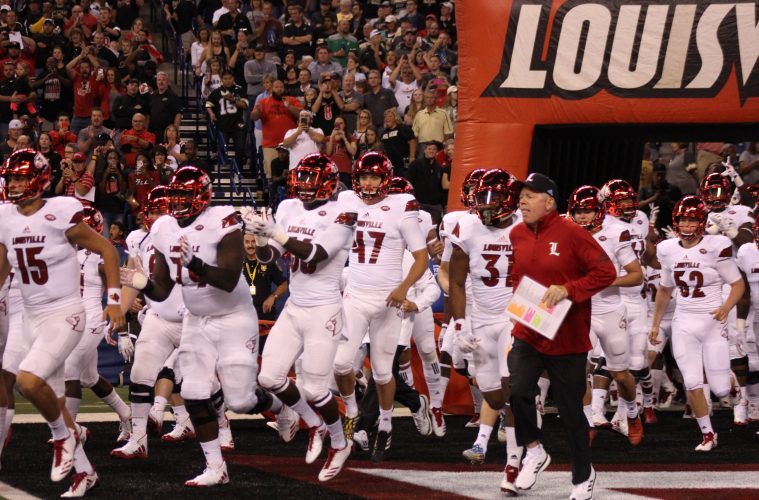 This is the third and final installment in the 2018 Louisville football outlook.  Covering a major part of the team that gets minor attention, the special teams unit.  Welcome to the land of kickers, punters, long snappers, and everything else.  Once again, this is strictly an opinion piece and does not reflect how the final 2018 roster may look

Blanton Creque has proven to be “the guy” the past two years in this spot and I expect that to continue in 2018.  He is very consistent and rarely misses.  Last season he me made 17 field goals out of 20, his longest being 48 yards. Creque kicked the game winning field goal to beat Florida State and he also knocked a few down to do his part in bringing the Governor’s Cup home.  Oh yeah, just for good measure he made 58 of 59 point after attempts.  So he is your starter unless Evan O’Hara has a incredible fall camp and starts booming field goals from 60 yards out (not ruling it out).  This was a heated battle at one time before Creque pulled away.  O’Hara saw time in the Syracuse and UK game but other than that was regulated to the back up role.  It’s rough for  the kicker folks.  All we ask is that one of you kick the damn ball out of the back of the endzone on kickoffs.

Both are from the great city of Louisville attending St. X and DeSales respectfully.  Mason King was the master at flipping the field last year and unless something crazy happens I expect him to get the not whenever the Cards go 3 and out.  Austin Johnson may get some time next season but that all depends on if the offense is a well oiled machine or not.  If one of you are the star in the Alabama game then things went terribly wrong. Either way, the Cards are in a good spot with their punter position.

Ryan Betlach was the lone senior in this group and has since graduated.

I am going to be honest, I am not sure about this spot at all.  I had trouble finding stats and I think Mitch Hall started but was not sure. I apologize for my lazy journalism on this position.   Now I have to be on the lookout for a guy snapping footballs at my head when I leave the house.

Jaire Alexander departs for NFL, as does Reggie Bonnafon who was also a senior.

Traveon Samuel transferred to Troy and Seth Dawkins may be subbed out of this spot.

Losing Jaire hurts on punt returns. Losing Traveon hurts on kick returns. Both were blazing fast and could make quick moves to get up field.  But this spot may actually improve in many ways. I am going to go ahead and predict that Russ Yeast will return punts for Louisville, I can also see Rodjay Burns or Tutu Atwell back there for the Cards.  We have a plethora of speed to choose from so that is good.

As far as kickoffs go, I think we will see Josh Johnson and Hassan Hall in that spot.  If Javian Hawkins does sign with Louisville next week then he will be considered too, let’s not rule out Justin Marshall either.  I think Seth Dawkins was ok on kick returns but I always cringe when a big time starter is used on offense.  While Seth didn’t have the stats Jaylen Smith had, he is a guy we can’t afford to lose.  Louisville signed a lot of speed and a few athletes so we may see a few special team scores next year if all goes well.