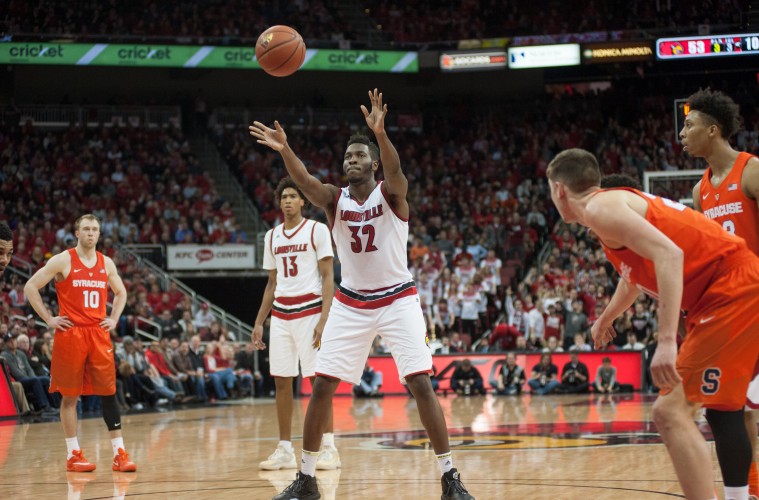 In a recorded interview that is set to air on 840 WHAS today at 3:15 with Terry Meiners, Rick Pitino said that Chinanu Onuaku will be having a minor heart procedure today.  The NBA Combine has just concluded last week and the Combine process has a complete medical evaluation.  Pitino told Meiners:

“I would say he’s probably going to stay in the draft. There is one caveat right now that has come up. He’s going to have minor surgery today that will keep him out about a week and delay his workouts. He has a thing in his heart that is not real serious but the doctors in the NBA want to get it done to clear him one hundred percent.”

Pitino also told Terry that Nanu had a good combine and believes that Onuaku will stay in the draft: “In his heart of hearts he’s 98/2 he wants to go pro. Once you see that you really just say ‘go after, give everything you have and let the cards fall where they may.”

Nanu’s condition reportedly is very minor and will not affect his draft status.  Onuaku should be able to resume his workouts in 4 or 5 days.

University of Louisville forward/center Chinanu Onuaku will have a medical procedure done in Chicago today to correct a heart rhythm issue known as Wolff-Parkinson-White (WPW) syndrome.

“After an extensive physical with the NBA doctors over the last few days, they noticed a situation that will require a minor procedure that will keep me off of the court for approximately 7 to 10 days,” said Onuaku.  “After the 7  to 10 day window, I will be ready to start my workouts again in pursuit of my NBA dreams.”