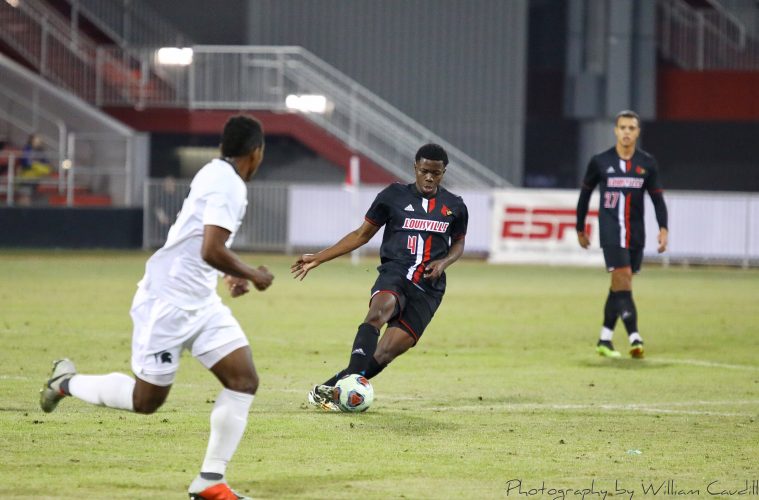 Two weeks of exhibition matches have given this Cardinals team and new Head Coach, John Michael Hayden, some confidence to make a run this year. After winning the conference a season ago, the team was picked to finish second in the ACC Atlantic Division for 2019 in a vote of the conference’s 12 head coaches released Monday, August 19, by the league.

The Cardinals, ranked 14th in the United Soccer Coaches preseason poll, totaled 48 points in the ACC voting, while Wake Forest was chosen as the favorite in the Atlantic Division.

I spoke with Coach Hayden at the free Open House event held for fans last Sunday at Lynn Stadium.

Louisville won its fall exhibition matches 2-1 over Lipscomb, 2-1 over #2 Indiana and 3-0 over UAB. Individual stats from the matches not much recorded for public archive.

About Cleveland State
According to a poll of Horizon League head coaches, the Cleveland State University men’s soccer team has been selected to finish eighth in the league table in 2019. Cleveland State returns 17 student-athletes from last year’s roster and welcomes eight newcomers to the squad, including four transfers.

Cleveland State will have a new primary goalkeeper in 2019 as freshmen Max Kasputis and Omeed Naeemy join returnees Skylar Jeppesen and Austin Mitchell in the battle for the spot. Cleveland State Head Coach, Sinisa Ubiparipovic, will lead the Vikings in his first season in 2019.