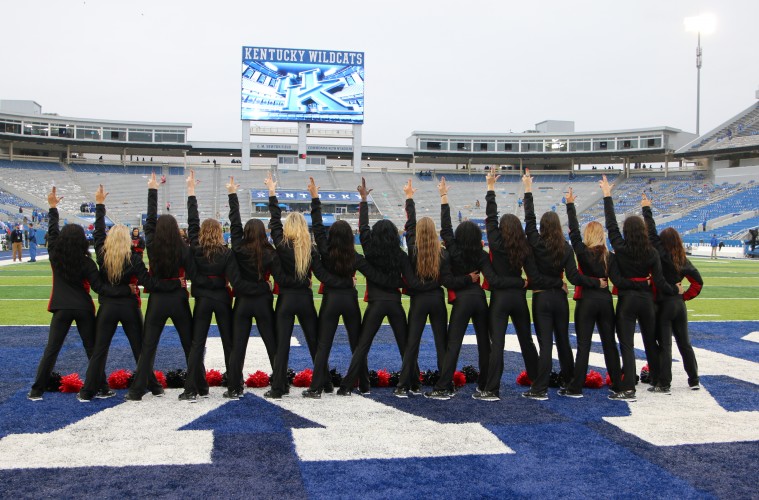 The Cards closed out their season with a big win on Saturday and now sit 7-5 and await their bowl destination.  We won’t know for sure until next Sunday but with Championship Weekend we have a really good idea of who will get slotted where and how that will affect Louisville.

Louisville’s Bowl Projections still vary widely.  The one thing we know for almost absolute certainty is that the Cards won’t be in the Belk Bowl.  Clearly the best spot for Louisville would be the Music City Bowl in Nashville on 12/30 and at this point it seems rather unlikely that Louisville would be a Tier 2 bowl team.

Clemson will face North Carolina this weekend and I’ll discuss how I see this shaping out with Clemson, North Carolina, Florida State, and Notre Dame below.  But the UNC vs. Clemson game is the only ACC game remaining and will have a big impact on how teams are slotted and nationally with the College Football playoff.

Fans have voiced their desire to avoid the 12/26 bowl date, the day after Christmas and the same day that UofL and UK will play in Rupp Arena at Noon.  In parentheses are my best guesses for each game and I’ve added my rationale for each stage in the selection process.

WILD CARD: Word on the street is that everyone is lobbying to get Virginia Tech & Frank Beamer in their game.  The Hokies don’t fit the profile of a Tier 1 bowl team, but VT could easily end up in Belk or Pinstripe.  My picks below reflect how the league might logically place its teams based on profile, but the VT factor is impossible to project.

My Reasoning: Clemson & North Carolina both have a lot to play for this weekend in Charlotte.  Clemson is playing for a chance at the College Football Playoff….North Carolina is fighting to get a berth into the New Year’s 6.  If the Tar Heels beat the Tigers they will play in the Peach Bowl, but Clemson wouldn’t fall out of the NY6….and it’s unlikely that Florida State or Notre Dame would either.  But for now, I’m picking Clemson to win the game and go to the CFP, Florida State to go Peach after beating Florida, Notre Dame to go either Fiesta or Peach, and North Carolina to take the Russell Athletic Bowl.

I wouldn’t be surprised at all to see North Carolina beat Clemson and shake the whole thing up.

My Reasoning: Pitt & Miami both finished 8-4 overall with Pitt finishing with with a 6-2 league record and Miami 5-3.  Pitt lost the head to head match-up in the finale but from the league perspective these two teams earned priority over the rest.

Personally I see Pitt getting the Pinstripe Bowl based on geography here, but this could easily end up as a Music City berth for the Panthers.  Miami is a little more tricky as it is hard to justify sending them to El Paso and it might be very enticing for the Gator Bowl to select the Hurricanes.  I think the Gator takes Miami here and takes the Music City off the table for Louisville.

Beyond Pitt & Miami at 8-4 are three different 7-5 teams:  Louisville (5-3), NC State (3-5), Duke (5-3), and one 6-6 team in Virginia Tech (4-4).  We have four teams for two Tier 1 slots.  Louisville & Duke were 7-5 with the superior league records and I think logic would dictate Duke to Belk and Louisville to the Sun Bowl……however, there seems to be a sense to reward Frank Beamer on his way out the door to place his Hokies in the Belk Bowl (the ACC’s beloved bowl).

If Virginia Tech does go Belk, the ACC might decide to compensate Duke by keeping them in Tier 1 and sending them to Sun knocking Louisville down to Tier 2….but I don’t think that happens.  Personally I think even if VT does go Belk, Louisville will go Sun.  The only way I don’t think the Cards go to El Paso at this point is if Pitt isn’t selected for Pinstripe and UofL goes there.   It’s the worst possible scenario for fans the day after Christmas & immediately after the UofL vs. UK basketball game, but it is a beautiful bowl venue and could play a really talented PAC-12 team.

My Reasoning:   Virginia Tech is really close to Annapolis, MD and if the league doesn’t select the Hokies for the Belk, they will attempt to keep them close, even if the Hokies played in the Military Bowl last year.   North Carolina State could easily end up in Detroit for the Quick Lane, but the profile of the Independence Bowl is where I am putting them.

There will be at minimum five 5-7 schools that make bowls this year and we should gain some clarity on how that process will work later this week but the ACC actually doesn’t have a single 5-7 team.