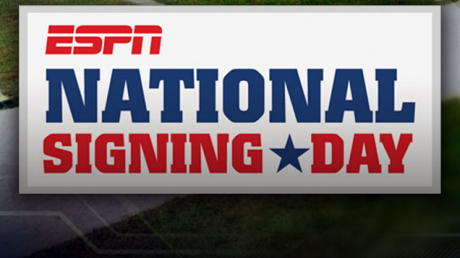 As the dust starts to settle in light of the hiring of Bobby Petrino as Louisville’s new (old) coach, the fall out has begun on the recruiting front and understandably so. Strong and his staff spent weeks, months, and even years recruiting and building relationships with the kids in this current class, so when those coaches leave and the staff starts to get picked apart it should be expected that prospects like the new staff are left to re-evaluate everything.

Another wrinkle to add to this is a touchy one.  Recruits truly commit to a coach or a staff more than they do the university. While most may genuinely like the school, city, and conference they commit to, in reality they care about the coach more than anything. Of the kids de-committing, and those that are “reopening their recruitment and taking some visits”, are doing what they feel is best for them and their family. While I too am upset that we are losing so many prospects like many other Cards fans, we must accept each decommit with more and more ease, because the sky is not falling.

Consider: Isaiah Ford, Kavaris Harkless, Poona Ford, Rashawn Shaw etc. great players and ones I wish were a part of this class, but for now most of these kids that are no longer considering Louisville will not be donning the red and black next season. Nevertheless this is something that was inevitable and I want everyone to let those players go and try your best to remain positive. This class may not finished as highly ranked as it was first expected to be going into the ACC with Charlie Strong at the helm, but at the moment there are still a lot of good pieces in place that are ready to be a part of this city and program next season. One of the biggest positives that people are forgetting about this class is three of its best prospects have already enrolled at the university. L.J. Scott a dynamic back from Ohio is already on campus, as well as stud JUCO DE/LB Trevon Young, and Indiana standout athlete Cameron Polk. Early enrollees get an early jump both in collegiate strength training and the coaches system. The latter is more crucial than in years past because it there is a new coach and a brand new system, therefore the extra months these three get will help them see the field and contribute sooner.

There are a couple reasons why I am not really worried about this class. The first reason is that Petrino is filling his staff quickly and will have everyone in place before dead period ends. After that I expect Petrino and staff to hit the ground running, leveraging several other connections that the new staff has, particularly in Florida, a place where Bobby has had success with Louisville in the past. New assistants Lamar Thomas and Kolby Smith have south Florida connections in particular. If Louisville is going to keep this class together and add to it before signing day, these guys among others new additions and holdover D-Line coach Hurtt will be pivotal.

The second reason why I am confident that everything will be ok has nothing to do with this class at all but the ones that preceded it. When Kragthorpe was fired and Strong took over with two months before signing day, the program was filled with Junior College players, less than the full amount of scholarship players, and many guys that the previous staff just took a flyer on. There was a lot more pressure to finish with a strong class, no pun intended, and Charlie and staff delivered filling the class with great players that paved the foundation for what the team is now. This time around things are different. While there is pressure for Petrino and staff to maintain this class and get great players for the program, the previous staff has left the cupboard full. While many are upset at Strong for leaving he did Louisville a service by filling the roster with players that excel both on and off the field. Once depth was in place the previous staff was able to completely go away from the JUCO route, and filled the roster with young talent, most of which has been redshirted the past few seasons. This depth will ease the transition and gives the staff a lot of talent to work with without having to worry about immediate replacements.

One place in particular is the offensive and defensive line, where seemingly every young player in the trenches was redshirted. The offensive line in this class is fine, but many current defensive line commits have back out or started to look around. I trust that the staff will be able to replace those guys with the best available prospects they can get, but in the mean time think about what Louisville has coming back. Last Year freshmen DTs Shortridge and Richardson both redshirted. Both were highly coveted players at the high school level and were major gets for the Cards. I expect major things from these two next year. Also returning from injury at the tackle position are junior Jermaine Brooks and sophomore DeAngelo Brown. Sophomores Dominique Dishman, Pedro Sibiea and Junior B.J. Dubose (maybe) will join the mix in the middle. So while Louisville would like a DT in this class, they may not get one, or the one’s on the current list, but everything will be ok because there are currently seven guys holding down the middle of the line, none of which are expected to leave after next season. Louisville also has a few D-ends coming back led by Seniors Lorenzo Mauldin and Deiontrez Mount as well as RS-FR Stacy Thomas, and sophomores Nick Dawson and Sheldon Rankins.

There is a sense of unease about this class, just understand that Louisville will keep a majority of the current commits, who are solid players, because of Strong’s track record for finding talent, and the current staff will sure up the rest. In the mean time relax because the depth chart is the furthest thing from bare at every single position. Until signing day…

I am a recent graduate of The University of Louisville. This spring I interned with CardinalSports.com which allowed me the opportunity to write, report, and shoot photo and video at Louisville games. I also worked with the Red & Blue Review television show. I look forward to sharing my passion for all things UofL as a part of TCZ.