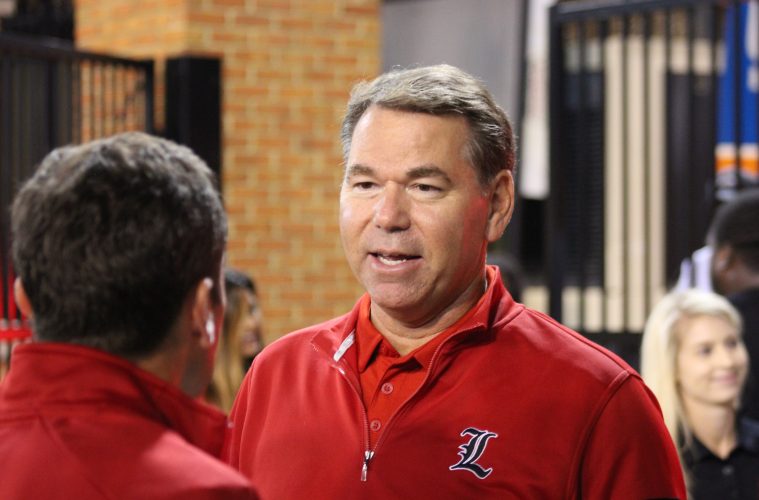 The University of Louisville on Tuesday named Vincent Tyra as acting director of athletics effective immediately.

“Vince Tyra is an exceptional leader who will provide stability to our athletics department,” Postel said. “His success in business, his athletic background and his close ties to the university and the athletics department will be important to the continuing success of our program.”

Tyra currently serves as an operating partner for Southfield Capital, a position he has held since 2007, and as an advisor to ISCO Industries Inc. where he was formerly the president. He also formerly served as the president of Retail and Activewear for Fruit of the Loom.

A Louisville native, he is the son of legendary UofL basketball player Charlie Tyra. He graduated from Trinity High School and from the University of Kentucky, where he earned a Bachelor of Science degree in health administration. He also was a member and two-year captain of the UK baseball team.

“I am honored to have been selected as the Acting Athletic Director at the University of Louisville,” Tyra said. “I am excited by the challenge to lead one of the most elite athletic programs in college sports that’s near and dear to my heart. I intend to provide leadership to our athletic department, coaches, student-athletes, fans, donors and the university as a whole.”

Tyra has been a long-time supporter of Louisville athletics. He joined the University of Louisville Foundation Board of Directors in February 2017 and now chairs the organization’s Finance Committee.