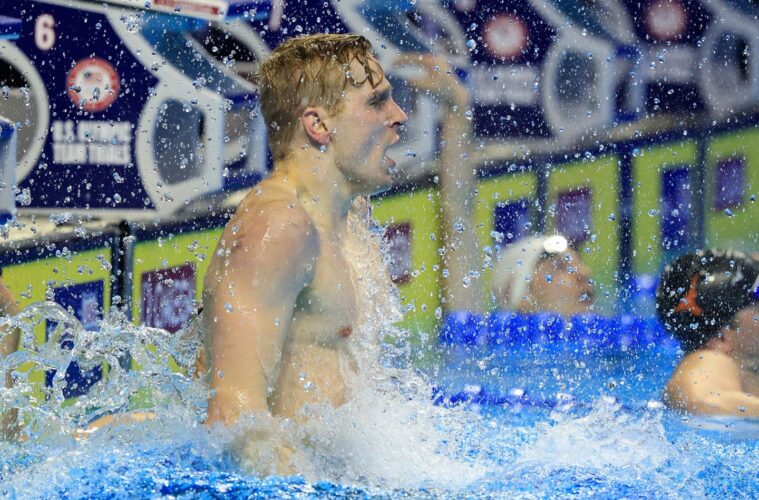 University of Louisville swimmer Zach Harting has advanced to the semi-finals of the 200M butterfly at the 2020 Tokyo Olympic Games. He will race tonight  for one of eight lanes for the final and the chance for a medal.

Harting put up lifetime bests time of 1:54.92 in the fourth heat of the prelims to move to the semi-finals. The time marks the first sub-1:55 swim for the Cardinal, who is a 15-time All-American and 3-time ACC Champion.

The time puts him as the fourth seed going into the semifinals. The top seed will be Kristof Milak of Hungary, who is the world record holder in the event and went 1:53.58 in his heat. Kuan-Hung Wang of Taipei boarded a 1:54.44 to set his national record in his prelim heat to gain the second seed. Brazil’s Leonardo de Deus (1:54.83) took the third seed going into the semi-finals.