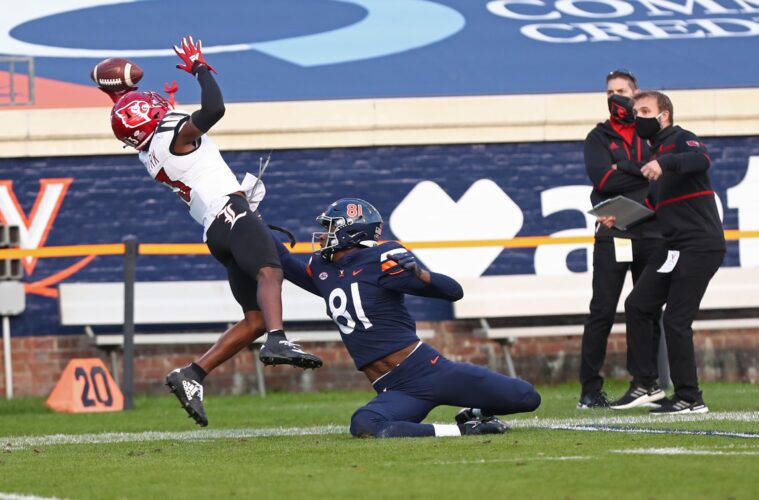 University of Louisville cornerback Kei’Trel Clark has been named to the Paycom Jim Thorpe Award Preseason Watch List on Monday.

This list includes 40 of the nation’s best defensive backs, representing 10 conferences and one independent. The preseason watch list is selected by a screening committee whose members compile a list of up to 50 players. This list is not final, and players who have outstanding seasons may be added as the season progresses.

A second team All-Atlantic Coast Conference honoree last season, Clark made eight starts in his first season after transferring from Liberty. The 5-10, 172-pound defensive back closed the year with 36 tackles and tied for 12th nationally and was second in the league with 11 passes defended.

A native of West Palm Beach, Fla., Clark recorded his first career interception in a 30-0 shutout win over Syracuse, Louisville’s first blanking of a Power 5 opponent since 2004. The sophomore registered a season high nine tackles in a road loss at Boston College.

A preseason watch list is compiled by the Oklahoma Sports Hall of Fame based on previous performance and preseason All-America lists. A screening committee consisting of OSHOF members monitor the watch list players and narrow the field to 10 to 15 semifinalists in October. This committee reconvenes on the Monday before Thanksgiving to select three award finalists. The three finalists are submitted to a national panel of over 250 sports writers, sportscasters, former players and coaches who vote to determine the winner of the Paycom Jim Thorpe Award.