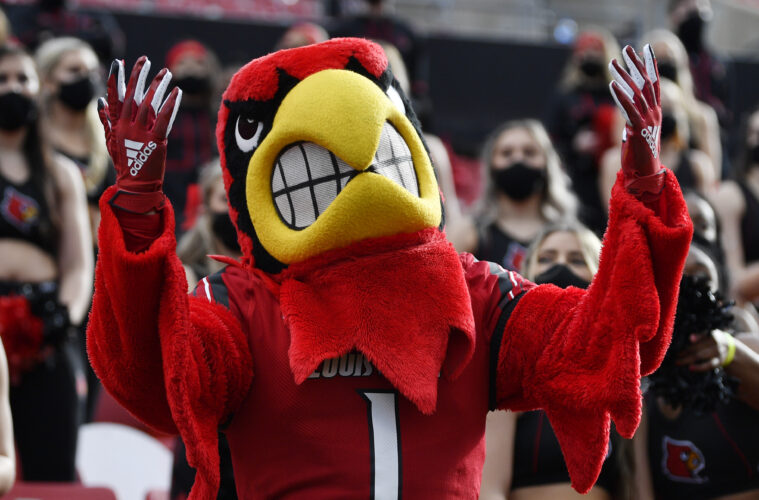 The University of Louisville placed three football players on the Atlantic Coast Conference second team, the league announced on Tuesday.

Fitzpatrick finished his final season with 43 receptions for a career high 833 yards and three touchdowns, while averaging 19.37 yards a reception. He finished fourth in the league in yards and yards per catch, while also being only the second receiver nationally with 40 or more receptions to average 19.3 yards a catch.

The senior recorded three 100-yard receiving games in 2020, including an eight-catch, 182-yard performance against Boston College, and 158 yards versus Virginia Tech.

The native of Farmington Hills, Mich., finished his career fourth in Louisville history in yards per catch (minimum 100 receptions) at 16.8, tied for fifth with 21 touchdowns, sixth with 2,589 receiving yards and ninth with 154 receptions.

A native of Miami, Fla., Atwell led the Cardinals with 46 catches for 625 yards and a team high seven touchdown receptions in only nine games.

A first team selection in 2019, Atwell scored a touchdown in six games, including two against Miami. He recorded a season high eight catches versus Miami and Virginia Tech, while registering a pair of 100-yard receiving games.

Atwell, who decided to forgo his senior season to enter the NFL Draft, ended his UofL career eighth on Louisville’s career receiving yards list with 2,307 and tied for fifth with 21 career touchdowns.

A transfer from Liberty, Clark helped the Cardinals lead the league in passing defense allowing just 189.2 yards per game and holding the opposing quarterbacks to a 53.6 completion percentage.

Appearing in 10 games, Clark finished eighth nationally and tied for the conference lead with 10 pass break-ups. He ended the season with 36 tackles and recorded his first interception in a win over Syracuse.

A semifinalist for the Lou Groza Award, Turner finished 13-of-15 on field goal attempts, closing the year by hitting eight consecutive field goals. His 86.7 field goal percentage was the third-best percentage in Louisville history. He was also a perfect 40-of-40 on PAT attempts, the fifth-most PAT attempts made in a season without a miss at UofL.

A starter in 10 games, Goldwire finished with a career high 35 tackles, 5.0 tackles for loss and a pair of sacks at nose tackle for a defense that improved by nearly seven points a game last year. He lead the defensive linemen in tackles for the season, including a season best six stops in back-to-back games against Georgia Tech and Virginia.

The Cardinals ended their season at 4-7 overall and 3-7 in the ACC after closing the season with a 45-21 win over Wake Forest on Dec. 12.