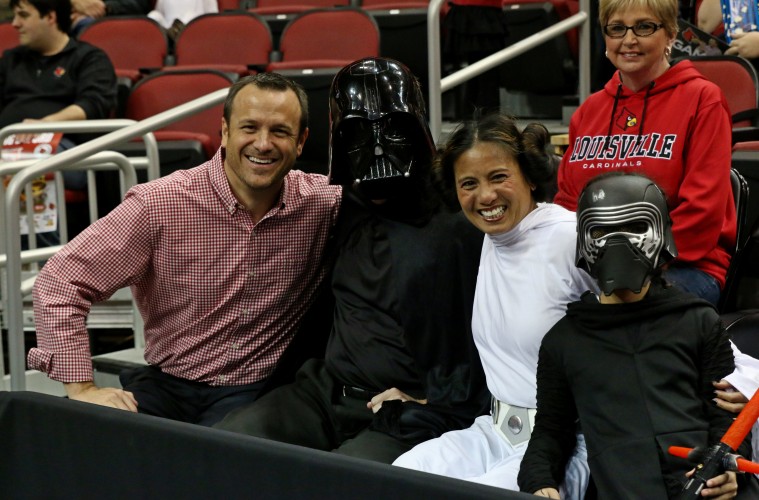 Do you remember the Louisville Women’s team that started 3-5?  Yeah, me neither.  Last night, Jeff Walz’s squad did more to distance themselves from that memory by dispatching the North Carolina Tar Heels (12-12, 2-7) in Chapel Hill 78-60.  For Louisville (18-5, 10-0) the win was the 15th in a row and was powered by contributions from Mariya Moore(22 pts), Asia Durr(21 points) and Myisha Hines-Allen (19 points 10 rebounds.)

Trailing by as many as eight in the second quarter, the Cards rallied to bring the game within four at the break, 32-28.  Whatever was said during the halftime intermission apparently hit home, and U of L exploded for 35 points in the third quarter to take control of the game.  During his post game comments with Matt Andrews, Coach Walz lamented that the team’s effort level is going to have to improve if they hope to extend the winning streak to 16.  “I thought we played hard for about eight minutes tonight.”  “We are going to have to play that hard the entire game on Sunday or it is going to be interesting. Because I can promise you they (Notre Dame) play hard the entire game.”

UNC was hampered by a lack of depth and fatigued mightily as the game wore on.  Only six players took the court for the Tar Heels and they were led by guard Stephanie Watts’ 16 points.  Louisville out rebounded UNC 44-36, and out shot the Tar Heels from the free throw line 19-22 to 8-12.  As the game drug on, UNC players were a step slow and had no answers for Louisville’s balanced attack.

Notre Dame returns to the KFC Yum! Center on Sunday afternoon at 2:00 p.m. for a game that promises to be highly entertaining.  The Irish are ranked 3rd nationally, they have a 22-1 record and are also a perfect 10-0 against ACC opponents.  To say this will be Louisville’s toughest test to date is an understatement.  The Irish are led by graduate student Madison Cable’s 14 points per contest and boast four players who score in double figures each game.  On the season the Irish have  out rebound their opponents, they have been deadly accurate from the three point line (41.6% as a team), and they have taken care of the ball.  If there has been a weakness, it is that the Irish shoot only 68% from the free throw line.  Regardless, it will take an extraordinary effort on Sunday for the Cards to pull off the upset.

Sunday’s game is televised on ESPN2.  Tickets for the game are available and, as always, the Cards radio broadcast can be found on WKRD 790.