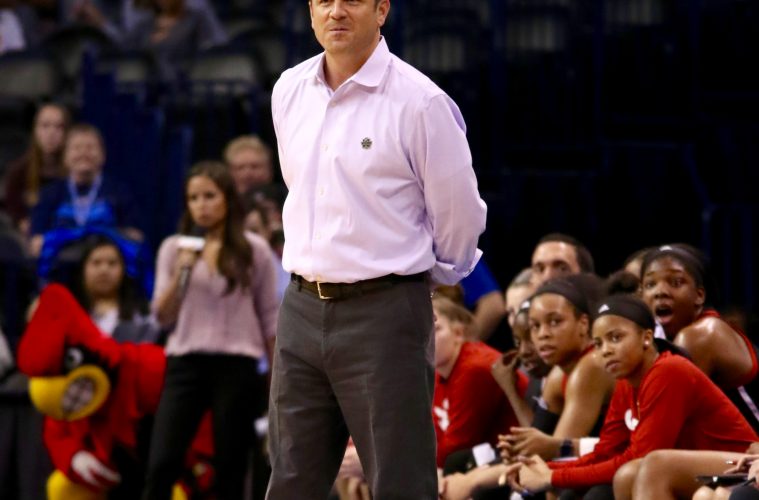 Coming off his 10th season leading the University of Louisville women’s basketball team, Walz guided the program to its seventh Sweet 16 appearance. He boasts a 263-93 (.739) mark with the Cardinals over that timeframe, directing the program to a pair of national runner-up finishes.

In 2014 and 2015, Walz was selected to serve as an assistant coach with USA Basketball. He helped both teams capture gold medals, going a combined 12-0 in competition.

On Wednesday, USA Basketball announced it selected the successful Walz as head coach of the inaugural U-23 Women’s National Team.

“USA Basketball is always looking for the best and brightest to lead our pool of young athletes. (We want) coaches that have the ability to push these women to play at the highest level, give themselves over to the team concept, and embody all that USA Basketball has stood for during their historic run of six consecutive Olympic gold medals,” said Jennifer Rizzotti, chair of the USA Basketball Women’s Junior National Team Committee and head coach at George Washington. “We are looking for coaches to lead the next generation and Jeff, Courtney and Michelle are three of the most successful and well-respected coaches in our business. We are happy to entrust our group of U23 athletes to this well-deserving trio.”

The 2017 U-23 Four Nations Tournament, which include the USA, Australia, Canada, and Japan, will be a round-robin tournament played Aug. 12-15 in Tokyo. Athletes eligible for this team must be U.S. citizens who are 23 years old or younger and currently are freshmen, sophomores or juniors in college.

Training camp to select the 12-member U.S. roster will be July 31-Aug. 4 at the United States Olympic Training Center in Colorado Springs, Colo. Players selected to the team will continue training at the USOTC through Aug. 7 before departing for Tokyo.

“I am beyond thankful for the honor to work with USA Basketball again,” Walz said. “I had amazing experiences the past two summers as an assistant coach. Professionally, it’s something I dreamed of doing, and it became a reality. Now, to be asked to be a head coach and work with these student-athletes, is incredibly humbling. USA Basketball possesses impeccable standards and a winning tradition, and I am excited for the opportunity and eager to be entrusted with such an important role.

“I was fortunate to have worked with Michelle (Clark-Heard) when she was on staff at Louisville,” Walz added. “She is a terrific coach, has a great understanding of the game and an unmatchable work ethic, and I’m excited to coach with her again. I’m looking forward to working with Courtney (Banghart) and getting to know her better. I’ve been very impressed with what she has done throughout her career. The teams that she has put on the court always are very well-coached and play extremely hard.”

Banghart’s appointment as an assistant coach for the 2017 USA U-23 team will mark her first USA Basketball coaching assignment.

“What a tremendous honor it is to serve USA basketball in a coaching capacity,” Banghart said. “It’s always been a dream of mine to coach the sport at the highest level and to do so while representing our country. I’m eager and ready to give USA basketball and all associated with it, my very best.”

In 2016-17, she led Princeton to a 16-14 campaign that included appearances in the Ivy League tournament championship and the WNIT, which was an eighth-straight appearance in postseason play for the program.

Clark-Heard will undertake her second coaching assignment with USA Basketball. In 2015, she helped USA Basketball to a silver medal as an assistant coach for the U.S. Pan American Games Women’s Basketball Team.

“When I received the phone call, I was just so honored and very humbled,” Clark-Heard said. “I’m excited to be a part of USA Basketball again. The experience that I had last time [at the 2015 Pan American Games], I’m looking forward to being a part of that again, being around some amazing coaches and getting to learn more from them will be a great opportunity.”

Clark-Heard completed her fifth season at Western Kentucky in 2016-17. She led the Hilltoppers to a 27-7 record, a Conference USA regular-season title, and tournament championship and an NCAA Tournament appearance.