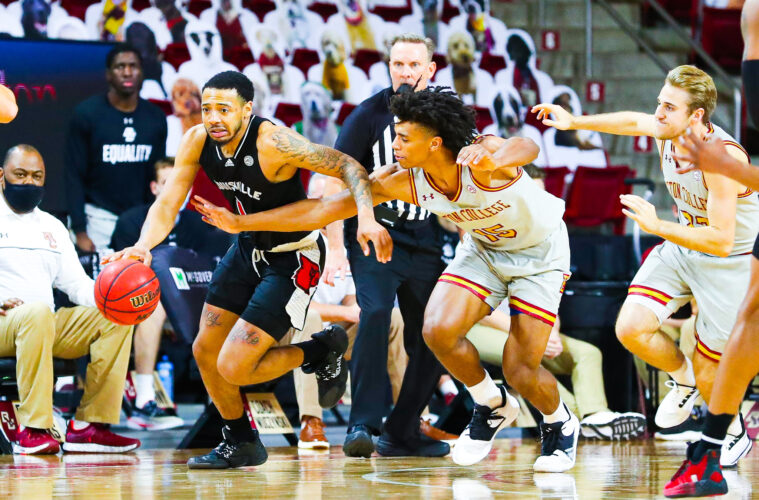 Louisville will host a Top 25 match-up on Wednesday at 6:30 against the Mike Young led Virginia Tech Hokies. Young is in his 2nd year in Blacksburg after spending 17 years with Wofford and was hired by VT after an incredibly fun 2018-19 season with the Terriers.

Last year under Young Virginia Tech finished the season at 16-16 and 7-13 in ACC play. This year the Hokies have started HOT at 7-1 and ranked #20 in the Coaches Poll and #19 in the AP. To date VT is the only team to beat (#3) Villanova and (#18) Clemson and they are 2-0 in the ACC. The only loss for Virginia Tech this season was at home vs. Penn State where the Nittany Lions house the Hokies by 20 with an up tempo pace.

Virginia Tech REBOUNDS and they are a very good scoring team led by 6’9 235 lbs post man (Wofford transfer) Keve Aluma. Aluma is likely to play every minute after sitting out the 2019-2020 season vs. Louisville and is averaging 23 ppg grabbing 8 rebs. He’s going to be a handful for the Cards and Jaelyn Withers.

At Guard Wabissa Bede, Jalen Cone, Tyrece Radford and Nahiem Alleyne all provide a quickness challenge for Louisville with Cone and Alleyne being the main outside threats. Alleyne & Radford are the types that can pop off for a huge scoring night or can be very quiet, but for the most part the guards for VT are all pretty even performers with an occasional huge game.

Lastly Justyn Mutts (6’7, 230 lbs) is a veteran big man who is also going to play nearly every minute on Wednesday. Mutts is an ACC grizzled tough guy who creates havoc and might also turn the ball over.