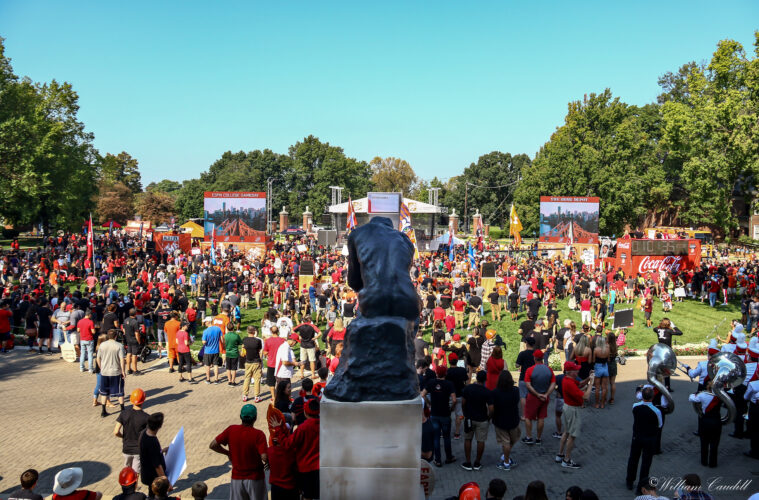 This is a special entry to TheCrunchZone.com. Written by Daryl Foust

You can find Daryl on Saturdays from 1-2 pm on 970 AM for Kentucky Women Talk Sports with Maria Taustine.  Daryl graduated from UofL in May 2015 and she has been in broadcast media with the Louisville Bats for 3 seasons.  You can also find Daryl’s work over with our friends at CardinalSportsZone.com.

“The school’s athletic department is teaching its male athletes that women can be used and discarded.”

Ah-hum.. excuse me?  I couldn’t even get past the first paragraph without coughing up the disgust that churned in my belly after reading it. Let me back up and ask you, Michael… when was the last time you came to Louisville? Better yet, when was the last time you were a woman?  You’re currently hearing from the voice of a Class of 2015 Sport Administration major (currently ranked #9 in the education of sport by Albert Fontenot of sport_management_degrees.com) and I do not recall the ‘disposed female’ course being a requirement or even an elective.

By now you’re hearing responses from the horses mouths themselves. Did you hear that? I said the horses, not the whores.  These are the educated women who are attending, have graduated, and or they’re women who have visited with intentions of returning. I knew immediately if you were going to hear from anyone, it should be me.

Notice how I started with a bathing suit to grab your attention? I understand you’re probably a big fan as Sports Illustrated’s most popular edition is of such for men to… shop the latest trends in swimwear? Is that right? Would you call the 2014 edition, say, ‘used and disCARDed’? And Isn’t it ironic that the women who are featured in your annual best selling swimsuit edition generally are not in the sport industry.  However, I did see that super model and girlfriend of HOF Derek Jeter, Hannah Davis, will be seductively smiling back at us all from the magazine stand.. Screaming ‘buy me’ ‘buy me’. Or perhaps she could be staring back one of the 3million subscribers for the doorstep. Don’t get me wrong, cheers to your success, Hannah.  It’s an honor of it’s own realm to be a cover girl, I get it. And this is not an attempt for me to throw bricks at another woman.  It’s great to be the best at what you do. But here I am… And I’m not going to disagree that men are TAUGHT to treat women as used or discarded.. But that’s because of you, Sports Illustrated. Because there will be another issue next season with someone else’s hot girlfriend you will find in the stands at ball games. Not the ones actually on the field. Because if I do recall a fellow writer of SI, Andy benoit proclaims ‘women’s sports are not worth watching’.  Ugh, gag.

For you, Michael, you chose to shift blame amid controversy to the entire university as one that ‘teaches’ the objectification of women rather than to hold the female, who’s teaching her own DAUGHTERS such, responsible for your own ridiculous accusations. The same female with zero affiliation to the university other than to ‘make her buck’ as the ‘sitting duck‘ I believe is how you phrased it?

Oh and I don’t expect a response to this telling me how wrong I am because I checked the Sports Illustrated’s most updated writers list and to no surprise, did not find a single female reporter or whatever you call yourselves there.  I wanted to make this short and unsweet because I’m afraid I’m losing your attention. Oh wait, one second…. 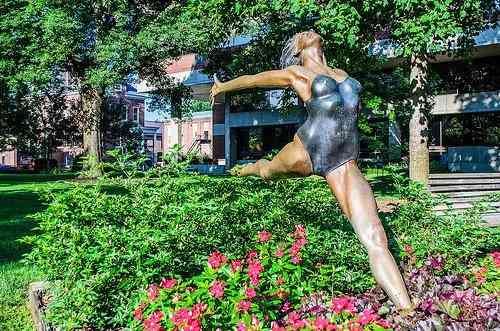 Are we back? Can you hear us now, Michael?  You said ‘We keep looking at this story about prostitutes through the wrong lenses.’ Well isn’t this the pot calling the kettle black? Now are you still staring at my chest or are you understanding the ‘GIST’ of the messages that these loud and proud LOUISVILLE WOMEN are telling you?  I’ll even let you borrow my lenses for a day.

I’m no parent, but rather a strong Louisville woman who is going after YOU, Sports Illustrated.  Because quite frankly, the culture for females at your own organization should be put on the pedestal since your ‘source’, Ms. Kathy Redmond Brown, mentioned it. Is this the gasoline she referred to on the fire in wanting to ‘change the culture and not hearing much from the school and not knowing why.’ We do know why… She is not a ‘Louisville Woman’.  We are. And now you’re HEARING BACK.