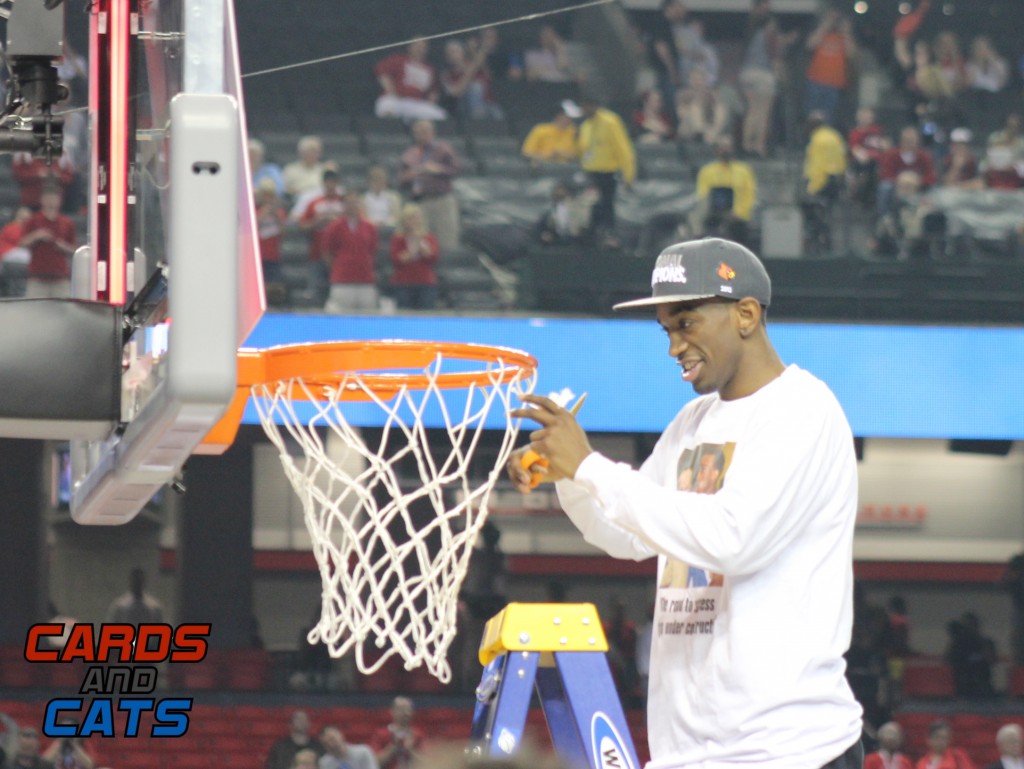 University of Louisville men’s basketball legend Russ Smith will have his No. 2 jersey number retired on Jan. 22 during a ceremony at the Cardinals’ 4 p.m. ET home game against Notre Dame.  The All-American and beloved member of the program from 2010-14 will be in attendance for a halftime ceremony at mid-court.

Fans can expect to see multiple Russ-focused elements to be featured throughout the game, with various in-venue activations to be revealed on social media leading up to gameday.

The first 8,500 fans through the doors will receive a commemorative Russ Smith poster, presented by Clark & Riggs, and UofL season ticket holders can look forward to an exclusive opportunity to be communicated via email this week.

Additionally, all UofL students sitting in the lower-level student section (111) will receive a free Russ Smith replica jersey t-shirt. Celebratory Russ Smith gear will also be available for purchase on gameday at the Cardinal Authentic team store located in the main lobby of the KFC Yum! Center.

Tickets for Saturday’s game as well all remaining home games can be purchased online at gocards.com/tickets or by calling the UofL Ticket Office at 502-852-5151.

A limited number of tickets are also available for the Russ Smith Jersey Retirement VIP Reception, presented by Planet Fitness and hosted by the Russ Smith Foundation. Learn more about the post-game event by visiting TheRussSmithFoundation.org.