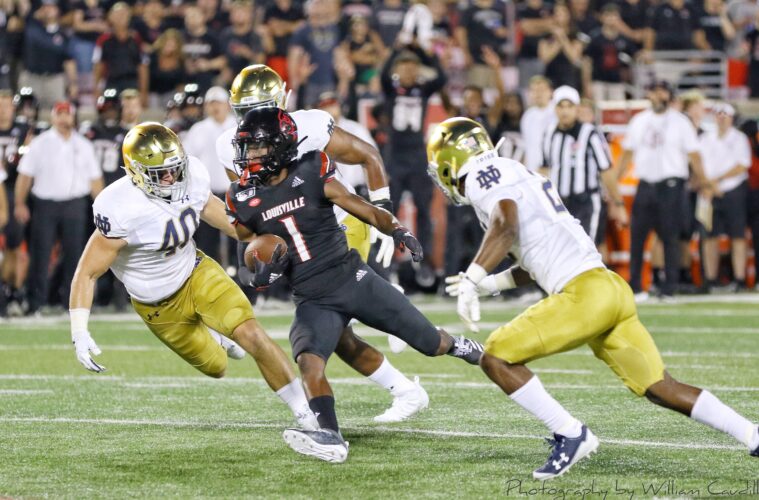 Wide receiver Tyler Hudson, the 2020 Southland Conference Player of the Year who played the last three seasons at Central Arkansas, has signed a financial aid agreement to continue his collegiate football and academic career at the University of Louisville, head coach Scott Satterfield announced.

The former SLC Freshman of the Year and a Freshman All-American joins the Cardinals after catching 167 passes for 3,062 yards and 26 touchdowns during his career with the Bears.

The Spring, Texas, native caught nine passes for 251 yards and a touchdown in a 38-35 loss to Eastern Kentucky, which broke a 40-year school record for receiving yards. He also added 11 receptions for 181 yards and two scores versus Sam Houston State.

Hudson, who was the conference’s player of the year, led the Bears in receiving with 50 receptions for 845 yards and seven touchdowns, while averaging 16.9 yards a reception. He closed the year fourth in the FCS in receiving yards and tied for sixth in receiving touchdowns per game. The second-year player was a first team wide receiver and punt returner in the SLC and was a finalist for the Walter Payton Award, given to the top player in the FCS.

As a freshman in 2019, Hudson caught team-high 55 passes for 975 yards and 12 touchdowns — the 12 touchdowns tied for second most in UCA single-season history. He finished third in the Southland Conference in receiving yards after posting four 100-yard receiving games. The 6-foot-2, 195-pounder was named a Freshman All-American and was the league’s Offensive Player of the Year that season.