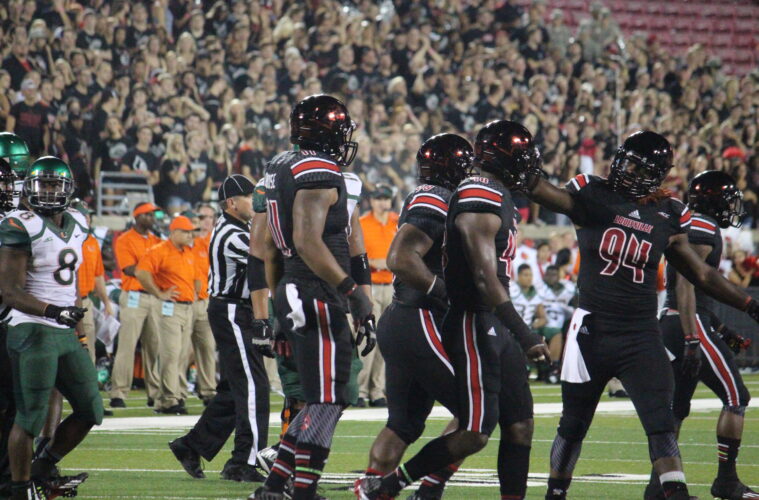 LOUISVILLE, Ky. – The University of Louisville football program added a crucial component to its 2014 recruiting class as Pio Vatuvei (va-TO-vie) has signed a National-Letter-Intent to play for the Cardinals, head coach Bobby Petrino announced Tuesday afternoon.

Vatuvei, who attended Patterson (Calif.) High School, signed with Washington in 2012 as a four-star recruit. He was ranked as the nation’s No. 145 overall prospect and No. 11 weakside defensive end by Rivals.com. He played in nine games as a freshman, recording seven tackles as a true freshman. He totaled a pair of tackles against nationally ranked LSU and was credited with a career-high three stops in a win over Portland State.

“We filled a big need on the defensive line with the addition of Pio Vatuvei,” Petrino said. “He is a big, athletic defensive lineman who we are extremely excited about. He will be a great addition to our defensive front.”

Before signing with the Cardinals, Vatuvei played at one season San Mateo Community College, where he was credited with 35 tackles, including 6.5 sacks in 11 games.

Vatuvei is the 23rd member of the UofL recruiting class and has two years of eligibility remaining with the Cardinals.