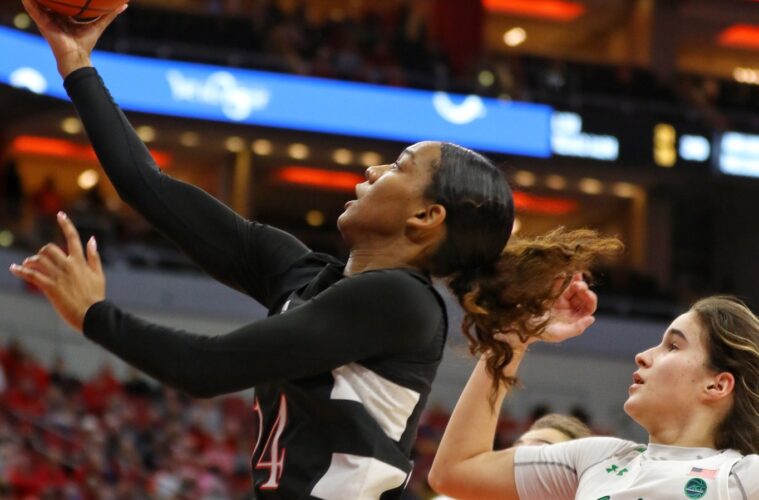 The No.3 Louisville Cardinals returned home today to host No. 18 Notre Dame in what quickly turned into a 73-47 beat down at the Yum! Center.

The first half went as expected, bricks were laid by both teams and there was a slow offensive start. Notre Dame kept Louisville within one or two points for most of the first half. What they didn’t have was a confident answer for Louisville’s defense. The Cards had 27 total rebounds in the first half and 20 of them came on the defensive end.  They also held Notre Dame to 1-15 from the three-point line and 27% shooting through the first two quarters. Emily Engstler was on double-double watch by the end of the first quarter with 6 points and 6 rebounds setting the stage for another impressive performance.

The Cardinals brought the boom in the third quarter when the team found 26 points and another 15 in the fourth quarter. Louisville was shooting 50% from the field in the second half including 15 points that came off Notre Dame turnovers. Kianna Smith led the team in scoring for the day with 17 points, but Hailey Van Lith was right behind her with 16. Emily Engstler filled up almost every spot she could on the stat line finishing her day with 9 points, 12 rebounds, 5 assists, 2 steals, and 5 blocks.

In his post-game press conference, Jeff Walz said they just did a really good job with the scouting report and that made it difficult for Notre Dame to get good looks. He also gave a lot of credit to Olivia Cochran who only scored 6 points but battled down low all night long.

Louisville is now 22-2 on the season and will head to North Carolina for a game on Thursday. The game will tip-off at 6p.m. est. and air on RSN.