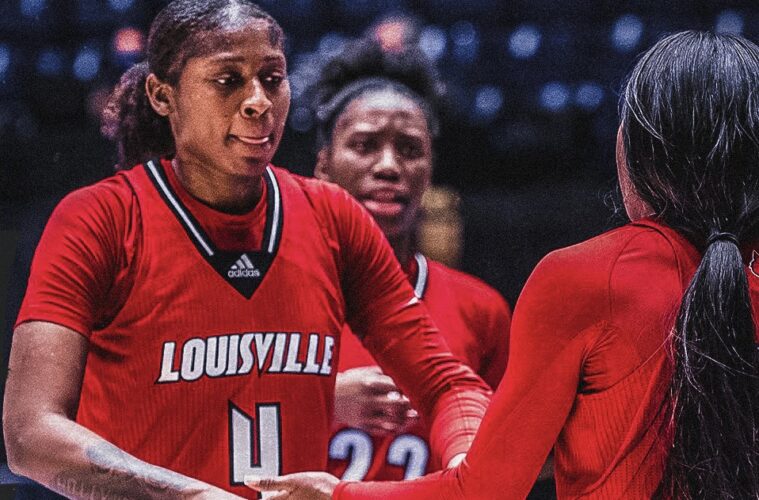 The No.2 Louisville Cardinals faced their first true road test this season when they opened ACC play at Duke. Kara Lawson and her Blue Devils forced the Cards to fight for their 24 point victory at Cameron Indoor Stadium.

Louisville came out hot going 7-13 from the field and 5-5 from the three in the first quarter. They would hold onto their lead through the end of the half with Dana Evans leading the team with 13 points. Olivia Cochran tallied 7 boards and 2 assists in the first half.

Coming out of the half, Duke was able to cut Louisville’s lead down to 11 but the Cards wouldn’t let that stick and ended the third quarter ahead of the Blue Devils by 13 points.  In the fourth quarter Louisville would extend their lead by as much as 27 points through strong transitions and players sub as  Olivia Cochran fighting until the bitter end. Duke tried their hardest to slow down and control the pace of the game, but Louisville adjusted well and would come out with a 73-49 victory.

Dana Evans, to no one’s surprise, led the team in points with 24. She also recorded 2 assists and 1 rebound. Kianna Smith continues to make a name for herself on this Louisville squad totaling 15 points and 2 rebounds. Olivia Cochran added another double-double to her resume with 11 points and 12 rebounds, while Hailey Van Lith had 14 points and 4 rebounds.

In his post game press conference, Jeff Walz noted that we need our guards to push back and get more rebounds. He also stated that the defense did a really nice job limiting players like Goodchild on shooting. They did a good job of making the players they wanted to shoot, really shoot. Overall he was pleased with how they played, but also said they have plenty to learn from this game.

Louisville will have three straight home games starting this Sunday, December 13th, when North Carolina comes to the Yum! Center for a 4p.m. ET tip off. You can view this matchup on the ACC Network or listen on 790 KRD.