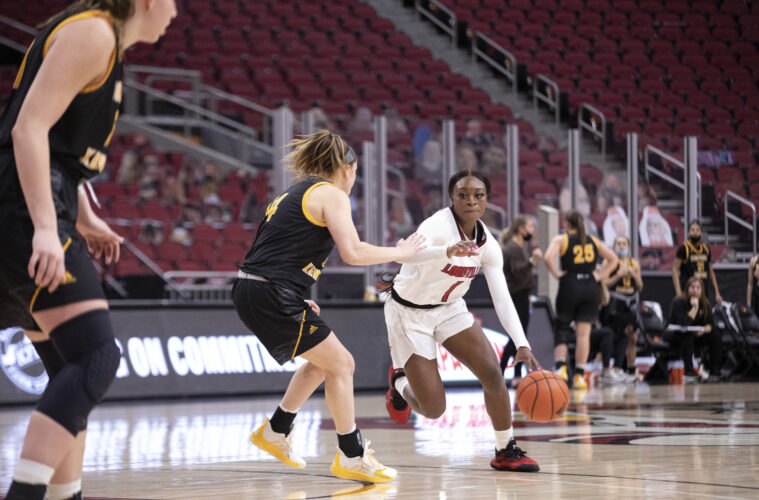 After what felt like a month of Sunday’s and 48 hours of endless schedule updates, Louisville Women’s Basketball was finally back on the court this afternoon as they hosted Northern Kentucky University. After a 23-day covid break for the Cards, they were understandably off to slow start having to earn their possessions in the first half.

We expected Louisville to have a slight covid hangover, which is why I was glad to see a team like NKU pop up on the schedule before jumping back into ACC play. Louisville was 1-14 behind the three-point line in the first half, with the only 3-pointer coming from Dana Evans. The Cards only shot 35% from the field during the first half and were led by Elizabeth Dixon, who had 8 points.

They were able to hold off NKU and take the game with a 74-64 victory. Louisville had 5 players score double digits today, which is a positive trend for the team this season. Hailey Van Lith scored 10 points on the day while Olivia Cochran and Elizabeth Dixon had 13 and 12 points respectively. Kianna Smith would finish the day with a double-double recording 11 points, 10 rebounds, two blocks, and two steals.

The Cards are scheduled to host Bellarmine at the KFC Yum! Center tomorrow, January 2nd, at noon. The game can be heard on 1080-AM WKJK or streamed on ACCNX.