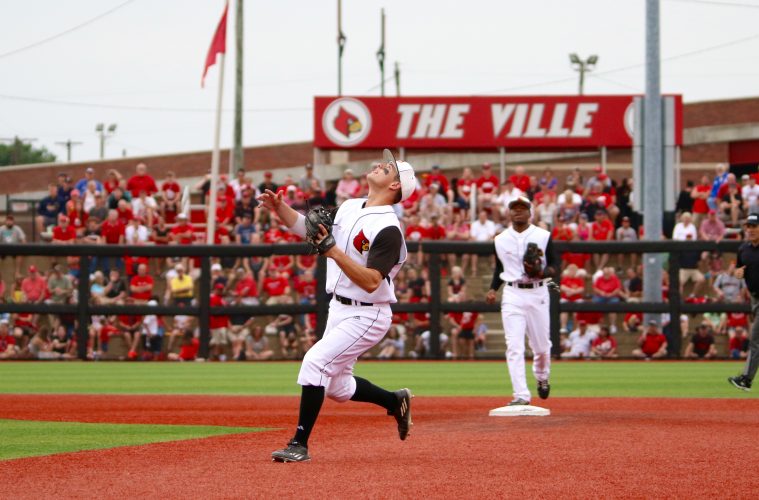 University of Louisville Second Baseman Nick Solak became the 4th Louisville Cardinal to be selected in the 2016 Major League Baseball Draft on Thursday night when he was selected with the #62 pick by the New York Yankees.

Junior Nick Solak has been a clutch hitter for the Cardinals since his freshman season at UofL and has hit for  .380 this season for the Cards (team high tied with Will Smith).  Solak has also proven to be a capable outfielder and his versatility will help him in professional baseball in finding a place to contribute with his bat.

Corey Ray was selected with the #5 pick & Zach Burdi was selected #26 earlier in the draft and Will Smith was selected #32 making tonight an historic night for Louisville Baseball.  Other Louisville Cardinals are expected to be selected tonight & in subsequent days of the Major League Baseball draft.  We’ll keep you up to date with those selections as they happen.