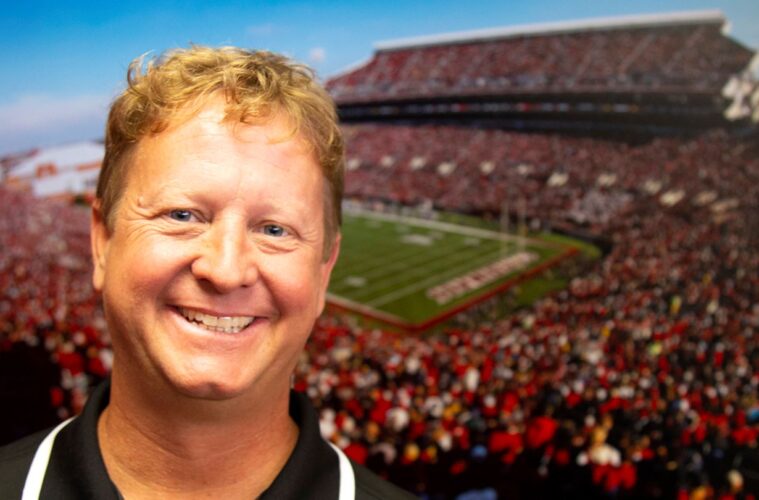 Michael Lattin, an experienced voice professional and local television producer, has been selected as the University of Louisville’s public address announcer for football games in Cardinal Stadium.

Lattin was selected for the role from nearly 50 submissions after Sean Moth, the Cardinals’ public address announcer for the past 21 years, resigned his athletics staff position on Aug. 26.  Lattin will be in place for UofL’s opening football game against Western Kentucky on Saturday at 8:05 p.m. ET.

Lattin has actually already been behind the microphone in Cardinal Stadium, serving three years as the voice of the Cardinal Marching Band for pregame and halftime shows in the first three seasons the stadium was open (1998-2000).

Since then, Lattin has amassed 18-years of experience doing voice work on a variety of broadcast and video productions with his company, BMB Productions.  He started the company with an intent to produce all-local, all-positive television programming for Louisville.  Their flagship series “Secrets of Bluegrass Chefs” has aired locally and for 18 years, as well as in other regional markets.

Cardinal fans will recognize his work for the past six years, as Lattin has worked with WAVE-TV Sports Director Kent Taylor to produce “Inside the Cards,” UofL’s football and men’s basketball coaches shows that air on WAVE-TV.

He has worked as an executive producer on all-day coverage for the Kentucky Derby, Thunder Over Louisville and Breeders’ Cup.  He continues to contribute to those programs today, as well as producing live events for WLKY-TV.  He has worked as a graphics producer on in-stadium productions.

Lattin, who earned a degree in broadcast journalism from USC, has also worked for several years doing live introductions at charity auctions around Louisville.