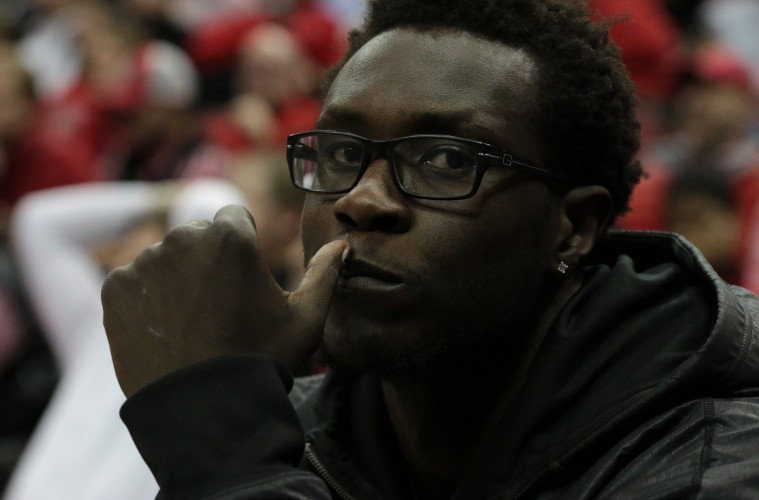 Mangok Mathiang Out of Walking Boot

Louisville Center Mangok Mathiang is out of a walking boot for the first time since breaking his foot on December 19th vs. Western Kentucky.  Mangok immediately had surgery on December 20th when Dr John Ellis and Dr. Michael Salamon successfully inserted a screw into Mathiang’s 5th metatarsal.

Mangok is currently on Day 29 of a projected 42-56 day rehabilitation process.  Louisville spokesman Kenny Klein reported that Mathiang is off crutches and out of a walking boot.  Also Klein said that Mangok was in full weight-bearing rigid shoes with custom orthotics and is swimming and riding a stationary bike. Mathiang is set to be re-examined via X-Ray in 2 more weeks.

Rick Pitino has stated that he is pointing for Mangok Mathiang to return to action February 1st vs. North Carolina.

Update: UofL F/C Mangok Mathiang is out of a boot and off crutches. He is full weight-bearing in rigid shoes with custom orthotics #L1C4

UofL's Mangok Mathiang (broken foot Dec 19) is swimming and working out on a stationary bike. He will be x-rayed in another 2 weeks #L1C4