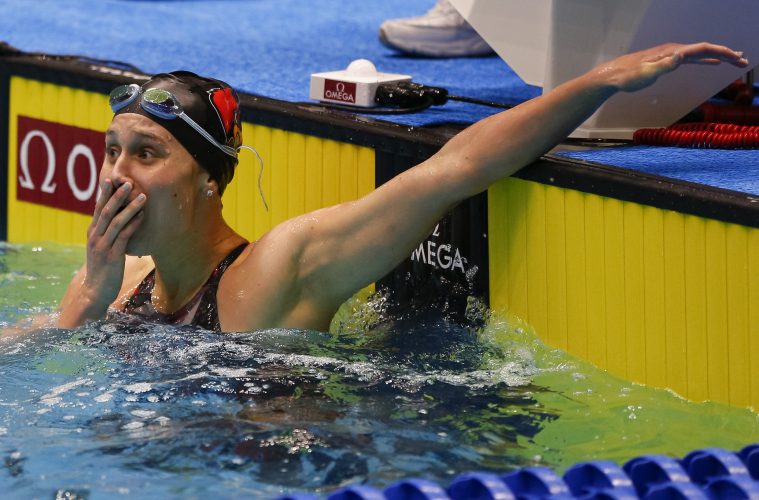 Just one day removed from winning her third straight NCAA title in the 200 freestyle, the University of Louisville’s Mallory Comerford won the 100 freestyle at the 2019 Women’s NCAA Swimming and Diving Championships, racing to victory in a time of 46.26. With the fourth NCAA championship of her career, Comerford ties Olympian Kelsi Worrell for the most NCAA titles won by a UofL swimmer.

The senior from Kalamazoo, Mich. finished second to Olympic champion Simone Manuel at last year’s NCAA Championships and was third in the event as a sophomore. In the final individual race of her collegiate career, she secured the gold medal by three-tenths of a second over Arkansas freshman Anna Hopkin.

Comerford also helped the Cards to a fourth place finish, the highest in program history, in the 200 freestyle relay with a school record time of 1:26.71. Additionally, she was a member of the All-American 800 freestyle and 400 medley relays. Her final swim for UofL will be the 400 free relay, where the Cards are seeded sixth.

As a team, the Cardinals are currently in a tight battle for one of the coveted team trophies, which are only awarded to the top four teams. A fourth place finish would be the best finish in program history, surpassing the fifth place finish from last year’s meet. Louisville sits fourth with 183 points with four events remaining.