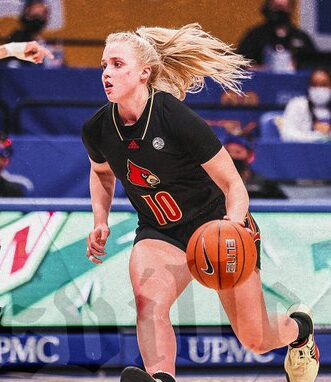 The 2021-2022 non-conference schedule is here and it is packed with excitement. The Cards will face off against six opponents that played in the postseason last year and four that won 20 or more games.

Louisville will get things started on Thursday, November 4 at the KFC Yum! Center against Union. Next they’ll travel to Sioux Falls, S.D., to face off against Arizona in The Invitational at the Sanford Pentagon, a game that is scheduled for November 12th.

The Cards will return home on November 16th to play Bellarmine followed by a November 18th game against UT Martin. They will close out November on the road at Washington (Nov. 20th), Cal Poly (Nov. 23), and Colorado State (Nov. 28th).

The final non-conference game will be in the Basketball Hall of Fame Women’s Showcase where they will travel to Uncasville, Connecticut to play UConn.