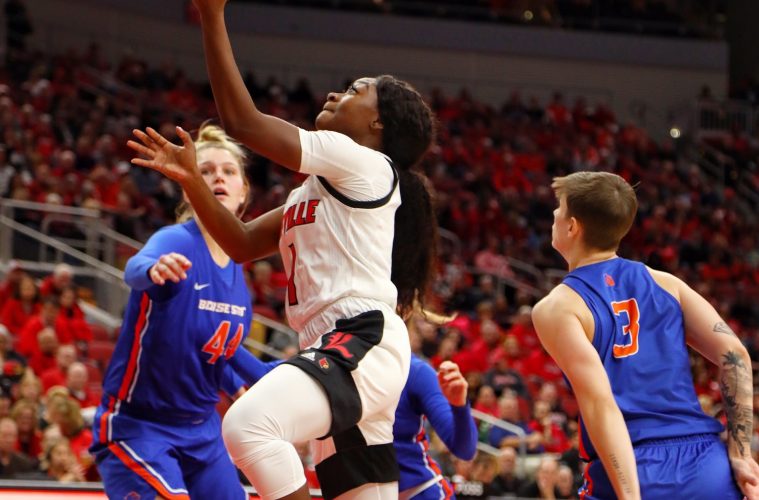 This morning, the ACC Preseason Awards were announced and the Louisville Women’s Basketball team did not come up short. The Cardinals were picked as the preseason #1 after winning three straight regular season titles.

Senior guard, Dana Evans was named the Preseason Player of the Year for the second year in a row. This accolade is well earned as Evans ranked third in the ACC with 18.0 points per game. She scored in double figures in 29 of 30 games played, with 10 of those being 20-plus point games. Evans also ranked 12th in the country, and 8th all-time in Louisville program history, for 3-point field goals made (90).

Hailey Van Lith, our newest All-American at Louisville, was named to the Newcomer Watch List by the head coaches and the Blue Ribbon Panel. Van Lith arrived at Louisville as the #2 prospect by Prospect Nation and #7 overall by ESPN Hoop Gurlz. She has also been named to the Lieberman Watch List.

Also on the Newcomer Watchlist, Kianna Smith will be entering her first season at Louisville after transferring from California. She played just two seasons at Cal racking up 600 points, 91 3-pointers, and 244 assists.

Louisville will open its season at Middle Tennessee on Wednesday, November 25th.