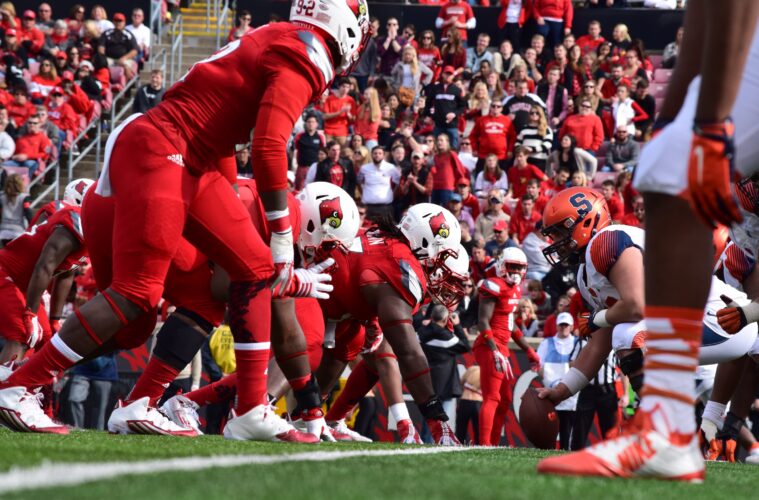 **Offensive MVP has to go to the Offensive Line. They were able to make huge strides today, establishing the run and providing time for Bolin to complete passes.

**Defensive MVP goes to Trumaine Washington. He was everywhere on the field. Sack, several key stops, and had a pick six that changed the momentum of the game.

**Obviously the biggest thing to emerge from this game is the presence of the run. Radcliff and Smith had great performances (minus the 1 Smith fumble) thanks to an outstanding effort of the offensive line. Radcliff ran with a purpose, punishing defenders and getting back to his style of running that had been absent this season.

**Defensively the team played excellent. Several defensive players stood out including Washington and Young. They were able to get pressure on the QB and the defensive backs had tight coverage all day.

**Kyle Bolin had a very nice day overall. He does not wow you with his arm but what he is able to do is get the ball where it needs to go whether it be a running back or a wide receiver. He has a noticeable advantage in his ability to control things at the line of scrimmage. Plays seem to come in quicker and in general there is less confusion. While Lamar Jackson has a ton of upside and has performed very well this year, Bolin earned a start against Virginia in this game.

**This was one of the first games that we saw “Petrino plays”. The prime example of this was the 4th down pass to Keith Towbridge. Even though this was the play that stood out, the entire game was reminiscent of the Petrino we all know and love. This has to be attributed mostly to the ability to run the ball. The running backs were able to gash the defense which set up the pass.