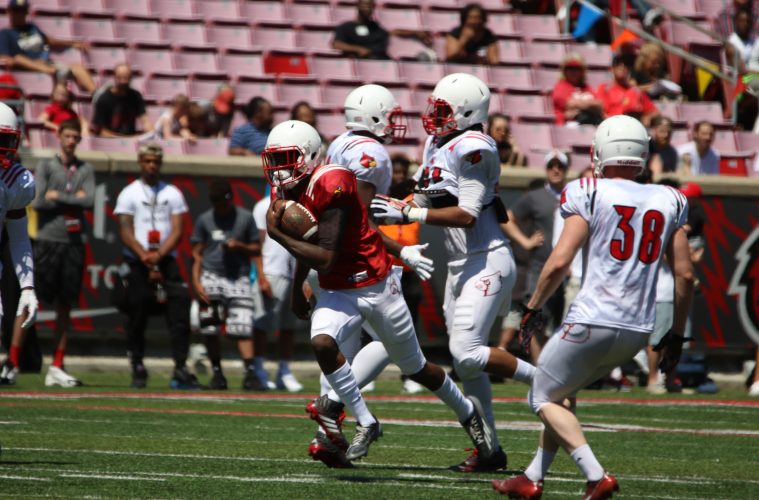 After an impressive spring game where a lot of top recruits and signees visited, we wanted to catch up with a few to get their impressions of the game and atmosphere. Here is what they had to say:

On the game: “It was a great atmosphere with a shut down defense and an electrifying offense”

On who stood out to him: “Dee Smith, DeAngelo Brown, Josh Harvey-Clemons, Lamar Jackson and Chris Williams”

On the game: “Exciting! Loved the environment and ready to play under those lights.”

On who stood out to him: “Shaq Wiggins, Jaylen Smith, and Josh Harvey-Clemons. Trumaine Washington topped it off with 2 interceptions.”

On the game: “It was nice. The score wasn’t really what I expected. But it was very organized & efficient. The passing game was on point and was fun to watch.”

On if he is excited to get on campus and pair with Lamar Jackson: “I can’t wait until I report down there! It’s exciting seeing him throw like that because we all know he can run, now seeing him air it out is nice.”

On who stood out to him: “James Quick was making nice plays out there.”

On the game/visit: “It was unbelievable, Lamar went crazy and the atmosphere was great and I loved the coach’s energy. My mom loved it too which was key.”

On Lamar Jackson: “His performance was off the charts”