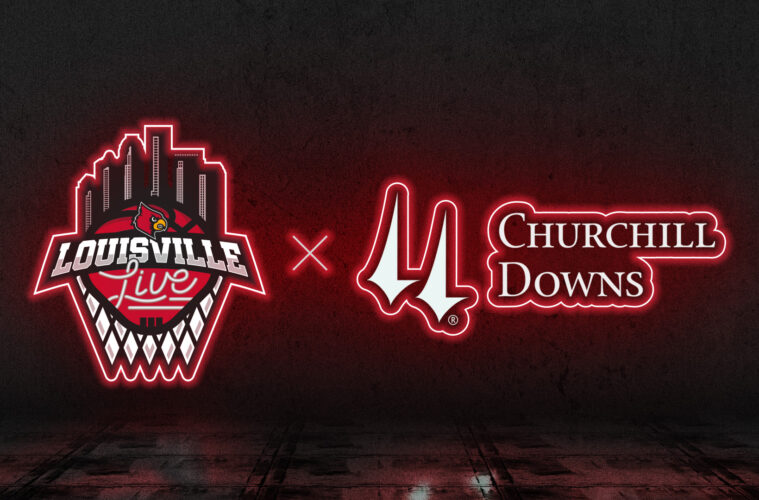 Louisville Live Hoops Event to be Staged at Churchill Downs

A special event this fall will bring together two Louisville storied sports legacies:  Louisville Basketball and Churchill Downs, home of the Kentucky Derby.  “Louisville Live,” the University of Louisville’s annual preseason basketball event featuring the Cardinals’ men’s and women’s teams, will be staged at legendary Churchill Downs Racetrack on Saturday, Sept. 18 during an evening of thoroughbred horse racing.

Gates open at 5 p.m. for Downs After Dark:  Horses and Hoops, a partnership between UofL and Churchill Downs presented by Budweiser.  The first race starts at 6 p.m. with Louisville Live launching at 7:15 p.m.  A portable court will be placed outdoor on the Plaza inside Gate 1 of Churchill Downs with multiple team activities planned.

General admission and first floor seating tickets for the evening of racing and Louisville Live start at $12 and may be purchased at this link:  https://www.ticketmaster.com/downs-after-dark-reserved-boxes-dining-louisville-kentucky-09-18-2021/event/16005976078E137F.  The event is free for UofL students, with additional information on claiming those tickets to be provided later.

UofL’s 1986 NCAA Championship men’s basketball team will participate in Louisville Live, signing autographs at the event before the current Cardinals take the court.  The 1986 team will also be honored on the previous night at the Cardinals’ Sept. 17 football game against UCF in Cardinal Stadium.

The 2020-21 season marked the 35th anniversary of UofL’s 1986 NCAA Championship, the Cardinals’ second NCAA title.  The pandemic did not allow for gatherings or on-court presentations during the past basketball season, so the team planned to gather for a reunion at a later date.