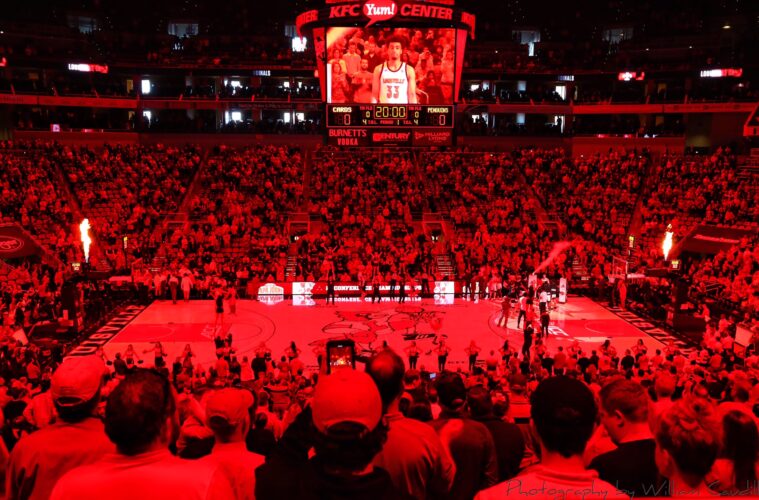 The University of Louisville men’s basketball team finishes its three-game homestand to open the season against Appalachian State at 6 p.m. ET Tuesday at the KFC Yum! Center. The game will air on ACC Network.

The Cardinals suffered their second straight one-point loss to open the season Saturday with a 73-72 defeat against Wright State. App State has started the year 2-0 with victories over Warren Wilson and North Carolina Central.

Faculty & Staff Appreciation Night: Discounted tickets and recognitions will be available for UofL faculty and staff.

• Louisville has lost three straight games by one point for the first time in program history, including last year’s 51-50 loss to Virginia in the ACC Tournament. This is the first time the Cardinals have lost consecutive games in the same season by one point since Feb. 7-10, 1962, when they lost 79-78 to DePaul and 80-79 to Bradley. Per ESPN Stats & Info, UofL is just the third team since 1980 to lose each of its first two games by a single point, and the first since Arkansas State in 1991-92.

• Senior guard El Ellis’ 29 points against Wright State were the most by a Louisville player since Jordan Nwora scored 37 against Boston College on Jan. 29, 2020. Ellis scored the final 13 points of the game for the Cardinals.

• Saturday’s loss to Wright State was just the third-ever for Louisville in November in the KFC Yum! Center. The Cardinals are 48-3 in the arena in November since it opened in 2010.

• Louisville head coach Kenny Payne is in his first season at the helm after 17 years as a college and NBA assistant. Payne is the only Division I men’s basketball head coach in the country who was a NBA Draft pick, as well as a national champion as a player and a coach (including as an assistant).

Samardo Samuels had 16 points and Preston Knowles and Edgar Sosa added 11 points each as No. 16 Louisville surged past Appalachian State 80-53.

Freshman Rakeem Buckles added six points and 10 rebounds for the Cardinals, who won their third game in three days by wearing down the Mountaineers in the second half.

Donald Sims led Appalachian State with 19 points and Jeremi Booth had 14, but the Mountaineers couldn’t keep pace when the Cardinals turned up the defensive pressure.

Louisville led 39-30 at halftime but slowly pulled away thanks to major contributions from role players like Buckles and Reggie Delk, who made two 3-pointers during a 17-7 run that put the Cardinals up 68-44 midway through the half.

The Cardinals used their distinct size advantage and superior depth to get off to their best start since 2005-06, when they opened 6-0.