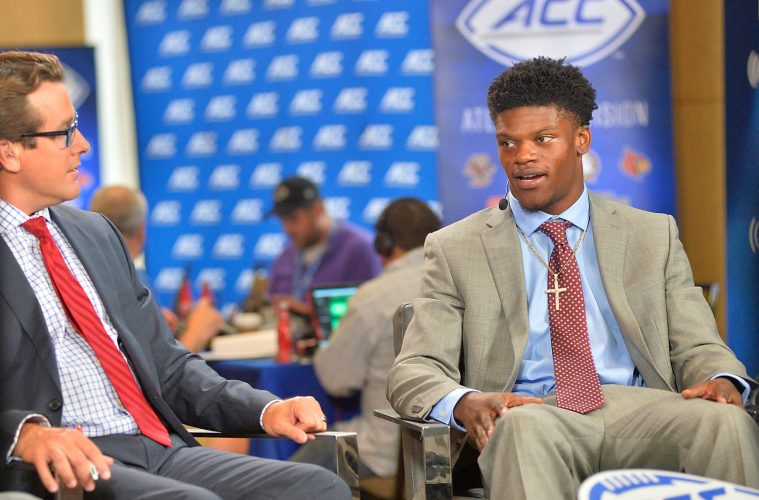 We are officially 50 days away from the first kickoff, #cardnation.  That means the annual ACC Football Kickoff Media Day is being held down in Charlotte, North Carolina on Thursday and Friday.  Atlantic division up first on Day 1, the Coastal will interview on Day 2.

The ACC houses both the 2016 National Champions and the Heisman Trophy recipient, so there will be plenty of important buzz to brag about for the conference.  Head Coach Bobby Petrino, in his 8th year with Louisville, along with juniors quarter Lamar Jackson (CB) are heading south to represent the Cards.  Louisville finished second in the conference and division last season behind Clemson and in front of Virginia Tech and Florida State, respectively.

It is expected that Louisville will lead off for Atlantic Day at 11:00 p.m.  Follow your best Louisville media for updates throughout the day. @TheCrunchZone

Katie George and Eric Crawford will be in Charlotte, check them out on WDRB.com as will Drew Deener and Mark Ennis from ESPN Louisville, among others. 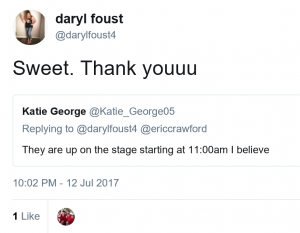 Here are a couple headlines I think Cardinal fans can look forward to hearing about from our guys at the ACC Kickoff:

How does one improve off of a Heisman winning campaign?  Go back-to-back?  The quarterback’s first season at Louisville, the team starts 0-3.  His second at Louisville, and a highly anticipated and helluva ride season stumbles to an 0-3 finish.. All eyes are on the Superstar Lamar red suit who left us all in awe as he passed for 30 and rushed for 20 regular season touchdowns.  There were also a couple LEAPS and bounds to mention.  I think the man’s mindset has always been team-oriented and we’re gonna see an even more distinguished quarterback in 2017.  Emphasis on ‘the man’. Because we’ve got Junior Lamar, here.  Already Heisman winning Lamar, here.  If he’s done it once, he can do it again. Every day a part of the process and step towards a goal. Media day is a part of the process. The team goal to get to the top of the college football world. And Lamar Jackson is preparing for the high expectations with the future in mind.

Finishing 0-3 on the season

What an awful feeling it was to shell out a thousand dollars and travel a thousand miles (I hate plane rides) to watch your favorite team stumble on their way to the finish line! It was the week of the first selection show for the College Football Playoff, the Cards were spurned and picked 6th even with the nation’s top scoring offense, most entertaining player in the game and a 9-1 record to boot.  11. That’s how many times Lamar Jackson was sacked in that Thursday Night matchup under the lights.  The sound of thunder sticks haunt my dreams to this day. There were more sacks.. than points… for Louisville.

Honestly though, losing to Houston took away some of the sting that came with losing to Kentucky the following week. Because a team that would’ve beat the Cougars, wouldn’t have found a way to lose to the Wildcats.  And then there wouldn’t even had been the matchup with the Tigers… but what’s done is done. Moving on..

Like I said, we are 50 day away people! The Cards will clash with former Louisville quarterback, (who was taking snaps two years before and after I was born) Jeff Brohm, as he takes over the head coaching position at Purdue University.  Brohm served as OC for Petrino at Western Kentucky University for one season (2013) before taking over HC after Petrino’s return to Louisville.