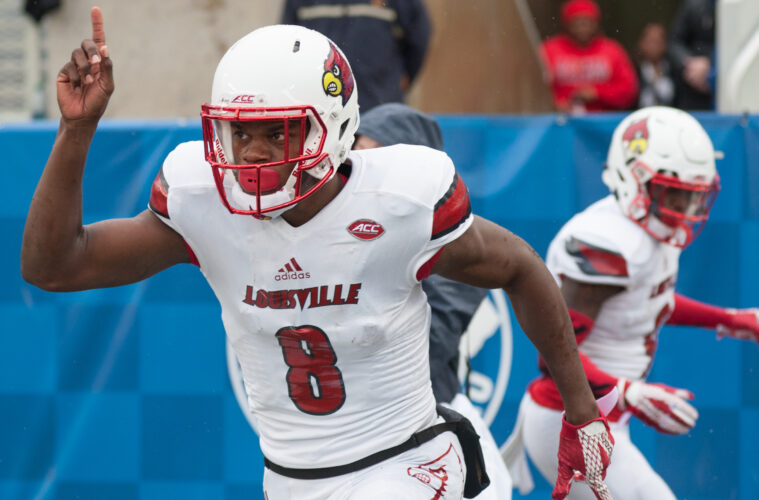 It’s been a little while since the last comprehensive recruiting update so I figured I would put together a few quick notes. No major developments since the last updated. As we get closer to signing day things will start heating up more. We will make sure to keep you all updated!

** We are entering a very busy stretch in football recruiting as we inch closer to signing day. The few remaining spots in Louisville’s class are in high demand and they are being VERY selective right now. In fact, they are being so selective that there are very highly rated guys who would like to commit but there just isn’t any room at the moment.

** At this point, it appears the main focus of the recruiting is on the offensive and defensive lines. There may be a few guys here and there that the staff is heavily pursuing (more on those in a moment), but in general they are heavily recruiting the big guys. Some names to watch: Kadeem Telfort, Elijah Conliffe, Caleb Chandler, Tyrone Truesdell, Ronald Rudd, Toryque Bateman, Jordan Tucker, Jordon Scott, Ben Hutch, & Cordavien Suggs.

** Louisville coaches visited Booker T. Washington high school on Tuesday and in doing so, visited 2 recruits committed elsewhere, 4-star OT Kadeem Telfort (Florida) and 4-star DE Guy Thomas (Nebraska). Telfort is scheduled for an official visit to Louisville this weekend. I think Louisville is in very good position with both Telfort and Thomas so we will keep an eye on both of them.

** Louisville is also still in great position with 2 defensive backs in 4-star Brian Edwards and 4-star CJ Avery. Avery visited Louisville this past weekend and the Louisville coaches are expected to visit him at his home on Thursday. Edwards is scheduled to make his OV in January. If I had to wager I would say Louisville can land Edwards, and I think there is at least a decent chance they will be able to land Avery as well. This would be HUGE for the secondary if they can land either/both.

** Top DT target Ben Hutch is scheduled to commit to a school on December 6th. Heading into his decision, Hutch said that both Texas A&M and Louisville are 50/50. As of now I am liking Louisville’s chances.

** One of the top offensive line targets, Cordavien Suggs (Mississippi St. commit) is scheduled to take his OV to Louisville on January 28th. This will be the last OV that Suggs takes, which is always encouraging when trying to flip a commit of another school.

** Louisville is still pursuing 4-star and #1 JUCO LB Gary Johnson. Johnson, who recently decommitted from Alabama would be able to help lessen the blow of losing senior LB Keith Kelsey. The Louisville coaches had an in-home visit with Johnson Wednesday. I haven’t been able to get a good gauge on his level of interest, but from what I have heard he is a legitimate possibility.

** On Tuesday, brothers Breyon and Brandon Gaddy (both DT’s) decommitted from Tennessee. While I am not completely ruling out the possibility of landing them, I personally think other prospects are much greater possibilities to end up at Louisville.

** Another name to keep an eye on is DE Aaron Odom out of Mississippi. The Louisville coaches have been in contact with him for a few weeks now and set up an in-home visit with him as well as an official. Odom is currently committed to Mississippi St. and is rated a 4-star and the #240 prospect nationally by Scout.com.