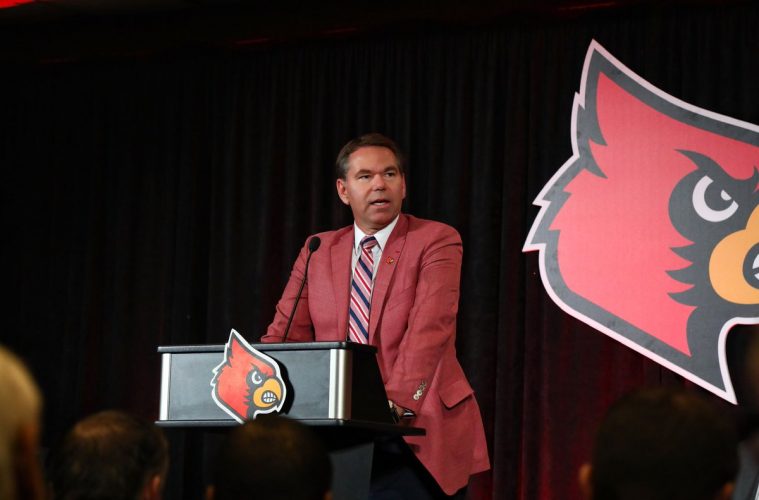 Tyra actually sent his letter of resignation on December 8th, BEFORE today’s surprise announcement that Neeli Bendapudi was accepting the president’s position at Penn State. It stands to reason if Tyra was aware of Neeli’s upcoming departure (a deal that was reportedly in place for the last 6 days) and if he would have resigned knowing that Bendapudi would have been leaving UofL.

But Tyra’s resignation letter was received by UofL and accepted.

Louisville now will have to take the unprecedented action of moving forward having lost its President and Athletic Director in the same day. If that’s happened somewhere before, I’ve never heard of it.

It is with great emotion that I tender my resignation as the Vice President of Intercollegiate Athletics, Director of Athletics of the University of Louisville. My resignation is effective immediately per the amendment to my employment agreement, and approved b the Board of Trustees today, December 8, 2021.

I wish the best for the University of Louisville and its athletic department in the years to come.